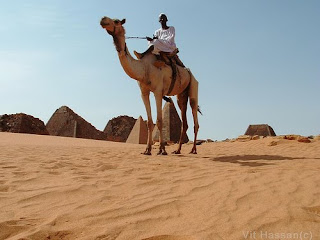 The general black community has a limited knowledge and appreciation for Islamic civilizations, because much of the tone of black history is influenced by Afrocentrists who have traditionally been biased against Islam. For example, Chancellor Williams, the author of The Destruction of Black Civilization, has referred to the spread of Islam into Africa as the invasion of “Arab hordes.” Williams imagined African civilization, before its contact with other areas, as a single black government reflecting “race pride”, “black unity” and “black power.” [1] In his mind, the only true Blacks were on the African continent and therefore, he naturally viewed any outside influence as a threat to this fragile concept of an all black civilization. Williams was raised in the deep South during the early 20th century, the most race conscious period in U.S. history. Therefore, it was not difficult for him to imagine a sharp color line surrounding the African continent.

This view also made it difficult to appreciate the fact that Black people inhabited and influenced civilizations in Arabia , Yemen , Asia and Palestine . Williams does acknowledge that, since ancient times, Black people did live in Asia, Arabia and Palestine . Yet, he states that “a more accurate study of that history is a task for future scholars.” He then completely ignores that evidence and maintains his theme, which views any and all outsiders as intruders. To Williams, the term African is synonymous with Black. He refers to us as the “African race”, and according to this logic any one from beyond the geographical boundaries of Africa could not be Black. He even asserted as absolute fact that Mary, Joseph, Jesus, and Muhammad were all “white Semitic people”; (although he offers no sources or support of any kind for his statement). [2]

It is actually too difficult to attempt to draw a bright line separating people in terms of color in North Africa, the Near East, and Arabia. Since the earliest of times, Cushites (or Ethiopians) inhabited Arabia . Many scholars have referred to them as the original Arabs.[3] In fact, the ancient Greeks made no distinction between the Mother land and the Peninsula of Arabia , calling them both ‘ Ethiopia’. W.E.B. Dubois noted that many Arabs are “darkskinned, sometimes practically black, often having Negroid features and hair that may be Negro in quality. Dubois reasoned that “the Arabs were too nearly akin to Negroes to draw an absolute color line.”[4] 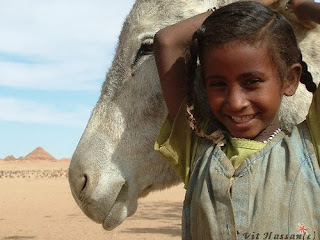 In reality, to try to separate Islam from Africa would be like trying to separate wheat from a loaf of bread, or sweetness from sugar. The world of Islam squarely falls within the scope of our civilization. Roughly half of Africa is Muslim. Modern scholars are now beginning to accurately relate the tremendous influence and impact Islam has had in Africa . As noted by Josef Stamer:

Islam was brought to Sub-Saharan Africa in the first place via the trade routes from the Arab countries and North Africa . The African Muslims have always maintained quite close links with the Arab world, from which a number of its reformers came. But Islamisation was essentially carried out by Africans themselves, who shared the same life, spoke the same language, and lived in the same cultural world entirely. There is no doubt that, for African Muslims, “Africanicity” and Islam are in no way opposed. For them Islam is not an imported religion. For many, abandoning the Muslim religion is equivalent to the rejection of all their family and tribal traditions, so intermingled are the two socio-religious universes.[5]

While in Ethiopia, Jaf’ar, a disciple and cousin of the prophet Muhammad described to Ethiopia ’s King the spirit of Islam and its impact on his people. He explained:

“Oh King, we were a people in a state of ignorance and immorality, worshipping idols and eating the flesh of dead animals, committing all sorts of abomination and shameful deeds; breaking the ties of kinship, treating guests badly and the strong among us exploited the weak. We remained in this state until Allah sent us a Prophet, one of our own people whose lineage, truthfulness, trustworthiness and integrity is well known to us. He called us to Allah, to believe in his unity, to worship him alone and to abandon the stones and the idols which we and our ancestors used to worship in his stead. He commanded us to speak the truth, to honor our promises, to be kind to our relations, to be helpful to our neighbors ...to abstain from bloodshed, to avoid obscenities and false witness, not to appropriate an orphan’s property nor slander chaste women...He ordered us to worship Allah alone and not to associate anything with him, to keep up worship, to give Alms, and fast. We believed in him and what he brought to us from Allah and we follow him in what he has asked us to do and we keep away from what he forbade us from doing.” [6]

Islam contains many dimensions. It is at once a philosophy, a legal system, an inspiration for literacy and learning, a guide for health and hygiene, a community endeavor and a guide for personal growth. It possesses a scientific dimension, a mystical/spiritual dimension and a social dimension. It can be said that Islam actually came back to Africa from Arabia . The Qur’an itself states that Adam was created and formed from “black mud.”[7] This coincides with the findings of anthropologists who point to considerable evidence that the original man must have been a black man from Africa . In the teachings of Islam, Adam was the first and father of the prophets. Moses was born in Africa; also, Eastern tradition holds that Ishmael (Muhammad's’ ancestor) was the son of Hajar, the daughter of an Egyptian Pharaoh, and Isa ibn Maryum (Jesus) escaped to Africa as a child and was said to have studied in Egypt at the Great Pyramid. Therefore, by the time the teachings of Islam re-entered Africa by way of Muhammad’s followers, they were not foreign at all.

So Jesus was Black?

Alan, good to see you are getting your book out in the public domain...continued success!