Incorporated, founded May 15, 1904 in Philadelphia, Pennsylvania. The Boule or Sigma Pi Phi is the 1st black fraternity in America and was before the 1st black "college" frat, Alpha Phi Alpha Fraternity Incorporated which was founded December 4, 1906. The Boule's primary founder was Dr. Henry Hinton (along with Algernon B. Jackson, Robert J. Abele and Richard John Warrick) of Philadelphia. Collectively, all 5000+ members make up the wealthiest group of black men in the world. 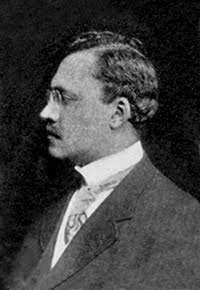 Founder Dr. Minton: "In the building of the organizations plan, reliance was placed upon Greek history and tradition.” The quote below is from the group’s official history:

The founders' devotion to equality and mutual respect stemmed in large measure from the devotion to democratic traditions that they traced to ancient Greece and to the traditions of leadership that existed there among free men. Central to this idea was the Boulé: the Council of Chiefs, or "the leading noblemen of the society.”

An Egyptianized Griffin (left:)
It is interesting to note that in ancient Greece, the boule (Greek: βουλή), were a council of nobles designated to advise a king. In essence it indicates being subordinated to something else. The Boule’s logo is a Grffin or a gargoyle which represents a guardian that protects something higher than itself. In this society, who was the king they would be advisors or subordinate to? This new “king” was the ruling oligarchy or the white power brokers/structure of the time, who the members served in return for honor and relative wealth.

Researchers have discovered that the Boule is a black greek secret society based on another secret society founded at Yale University called Skull & Bones. Inside the Boule' history book -- written by Charles H. Wesley, a Boule' member, (also wrote the history books for Alpha Phi Alpha, the Elks, and Prince Hall Masons) wrote on page 28, why one of it's founding member's, Minton, wanted to create such an organization:"Minton wanted to create an organization which would partake in the tenets of the Skull & Bones at Yale." 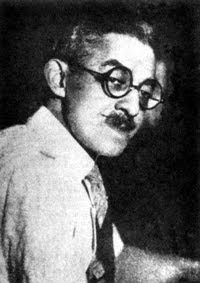 Robert J. Abele (left:)
The founding member of the New York City chapter, W.E.B DuBois, said the Boule' was created to "keep the black professional away from the ranks of Marcus Garvey.” (During this time period, Marcus Garvey's "self-determination” movement was extremely popular among masses of black people in U.S.)
What does this all say about legitimate efforts to reconnect black Americans with their own sense of purpose, identity and history with the same level of committment that other peoples of the world have?

The 1990, incoming Boule' president, Dr. Benjamin Major said he was aware of charges that the group is more interested in socializing and congratulating itself on its wealth and success, exclusively, rather than making a substantial contribution to the rest of black America. He said, "We don't want to appear as if we were remaining above the problems of most black people. We know we didn't get here solely by the dint of our own hard work. We owe a lot of people, AND we have to give back to our brothers and sisters."

Is this enough?
Published by Alan Dixon at 8:51 AM

Again, ASD, you have dropped some knowlegde on me that I would have never given a second thought to.

I wasn't into the greek scene in college. Most of the football players were either Omega Psi Phi or Phi Beta Sigma. Were I interested in the greek thing I would have pledged Sigma for the single reason of they weren't assholes and didn't take the greek too serious. The Kappa's and the Alpha's got their asses kicked on a regular basis because they thought they were better than everyone.

As for the ladies, the Delta girls were the most sought after because of their brains and personality.