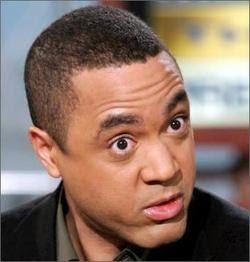 I thought we were finished with this topic and ready to move on to something more “important”, but there has been a lot of going back and forth on this issue and really- what can be more important than understanding who we are - both as individuals and collectively? An article was brought to my attention yesterday that made me realize enough is enough. The New York Times in an article discussed comments made by John McWhorter in the New Republic. He stated “American-born blacks shouldn’t call themselves “African-American” because now there are many more people in the United States who were actually born in Africa.”

I’m not going to analyze or discuss the article because it would be a waste of time. If you’d like to read it, however, you can find it here. http://www.tnr.com/blogs/john-mcwhorter . What the appearance of this article does highlight though is that we can debate on what our correct name should be forever, and the media will delight in it. So let’s mark this as a new day with the intention of attaining some clarity.

Whenever people are promoted before us in the media we no longer need to get pulled into pointless arguments with them or about them because now we should simply ask “who is this guy? Who pays him? Who backs him and what is their agenda? This can be called the post- Armstrong William approach. 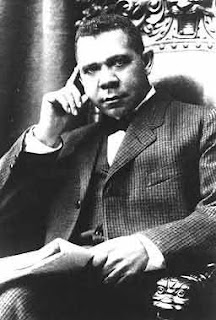 This approach could be best illustrated by looking at the debate sparked a century ago by Booker T. Washington, who advocated “go slow” accommodationism. People still debate his ideas; yet if we look behind Washington we would see his backer and ideological instructor, Samuel J. Armstrong who felt black people were morally unfit to vote.
John McWhorter is a fellow of the Manhattan Institute a conservative, libertarian think tank founded by William J. Casey, the CIA director who oversaw the secret wars waged against the people of Central and South America in the 1980’s. I’ll stop here.

We don’t really need to be emotionally tied up in a racial classification. It's time to step away from being concerned with what other call us and focus on what we call ourselves - and who we want to be. After 400 years we should know that people are going to call us whatever they wish. And it shouldn't matter as long as we know who we are. For the sake of clarity we can make a distinction between who we are racially or ethnically and who we are culturally. Someone can be racially black (or negro) for the sake of the media or the census but to be culturally black is a different phenomena. A crip or a blood from South Central LA and an investment banker from Connecticut may be the same racially but do they have anything in common culturally? Our identity is - and should be more tied to our culture. This leads us to an important consideration. What would culturally black mean?

Throughout the country, Hebrew Schools exist. Classes are usually held on Wednesdays from 4:15 p.m. - 6:00 p.m. and Sunday morning from 9:00 a.m. - 12 p.m. They teach Jewish law, tradition, ethics, history, reading and language. Their purpose is to strengthen the children’s identity and give them a solid, common cultural, moral and religious foundation. Before one can fully become privileged to participate in all areas of Jewish community life, there is a threshold of learning that must be crossed. Can we establish be a threshold of learning, history and moral responsibility one must meet before being be considered culturally black?
Unlike our notions of race no one can be obligated belong to a culture. Culture is a matter of choice. Is it possible to make our culture economically, socially, spiritually, intellectually, and aesthetically appealing enough for all to benefit?
Published by Alan Dixon at 10:38 AM

RE: Jewish culture...Imitation is suicide.

RE: Black man crip walking down the street ...Black is as Black does.

I'm perfectly happy with Black culture. In fact - and I'm whispering - I'm proud of it.

...from my country daddy and his cousins, and second cousins drinking moonshine over a makeshift firepit in Crenshaw, Mississippi to my suburban stepmom who cooks lamb on a rotisserie and freezes mint leaves in her ice cubes (served in gold leaf cups of course) in Jersey....Black is as Black does.

If you want a monolithic Black culture, Do something inspiring enough that free minded, very smart, highly suspicious folks will follow.

What's the point of talking about it?... constantly reflecting on ...deconconstructing stuff?

Let's do the doing.

I think your book gives lots of practical action steps for reconstituting "Black culture". What should be our first step?

Re: "Imitation is suicide". I didn't mention imitation. In the Chapter Inner Civilization, I discuss developing a "cultural filter" that would allow in the best of everything we survey while keeping unwanted influences out. This is the function of a consciously developing culture. The final product will always be ours as long as it works for us. This is what the Greeks did with Persian, Egyptian and Phoenician cultures. Also if we learned more about our history we would find that a great deal of what we would be imitating has already been extracted from cultures we established.

"...Do the the doing" without thinking - The Black Panthers did that. They got blown away. Decontsructing refers to analyzing and taking something apart that is already in existence. We're talking about establishing lasting institutions that can realistically flourish in this country. Look at a little history, this isn't an either/or situation. The founding fathers acted- picking up arms against the british- but they also thought, putting together a system of government never before attempted and drafting a flexible but firm document that has been 200+ years running.