What's In A Name?

The Return Of The Negro 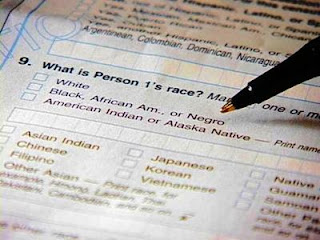 As the government prepares to roll out the 2010 Census on March 15, one of the 10 questions on the form already has people concerned. Question 9 asks respondents to designate their race and gives them the option of choosing "Negro," a term many have considered derogatory and antiquated for years. Ironically, not more than two weeks ago Harry Reid apologized for describing Barack Obama as a "light skinned" African-American "with no Negro dialect, unless he wanted to have one".

A U.S. Census Bureau spokesperson said that while the word "Negro" may be old-fashioned, there are still people who prefer to use it to identify themselves. She said the census questions were well-tested and that it was determined that using the word "outweighed the potential negatives." The Bureau reports more than 56,000 people wrote in 'Negro' in Census 2000.

What do we call ourselves?

"Negro" became an accepted term after a published appeal was made to the Associated Press by Lester A. Walton in 1913. Walton, a US diplomat to Liberia and a member of Alpha Phi Alpha fraternity, asked that the term Negro be capitalized and used to refer us as a race of people instead a skin color, “because not all of us are African and black. He felt that Negro would cover mulattoes and those with dark skin.”

The word fell out of favor largely due to the influence of the Nation of Islam’s arguments. They resented and rejected the word and its implications as no more than “a label the white man placed on us to make his discrimination more convenient.” They preferred to be called black. Malcolm explained:

If you call yourself “white” why should I not call myself “black”? Because you have taught me that I am a “Negro”! Now then, if you ask a man his nationality and he says German that means he is from a nation called Germany or if he says his nationality is French, that means he came from France. The term used connects him with a nation, a language, a culture and a flag. Now if one says his nationality is “Negro” he has told you nothing – except possibly that he is not good enough to be “American”… Frenchman are of France and Germans are of Germany, where is “Negroland”? I’ll tell you: it’s in the mind of the white man! 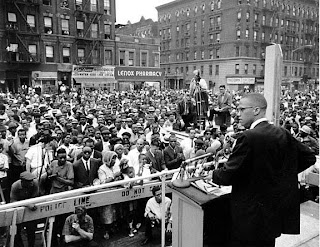 Jesse Jackson spearheaded the trend that blacks be called African-Americans in the late 1980s. The label pretty much has stuck, although many still differ on what the proper term should be. How long is this cycle of confusion going to continue? Is it part of a larger underlying identity issue? What do you call yourself?

“I’m no African-American. You can call me Black. The thing about it is, Africa don’t like us. If you from Kenya, they call them Kenyans. I’m from the United States. I have to support the United States. I’m not trying to have 40 million acres, I’m trying to join life and take care of my kids.”
- Suge Knight

"Most of all, I dislike this idea nowadays that if you're a black person in America, then you must be called African-American. Listen, I've visited Africa, and I've got news for everyone: I'm not an African. The Africans know I'm not an African. I'm an American. This is my country. My people helped to build it and we've been here for centuries. Just call me black, if you want to call me anything.” –Whoopi Goldberg.
Published by Alan Dixon at 9:00 AM

What is he talking about?