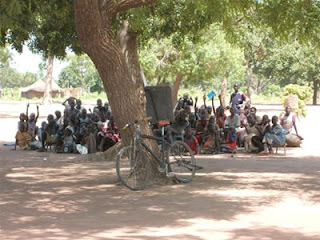 We are all aware of the crime, health and educational statistics relating to our youth; can rites of passage help? Many people today associate “rites of passage” with initiation into adulthood. However, adulthood rites are only one set of rites within a larger system of rites. There are five major African initiation rites which are fundamental to human growth and development. These rites are critical to individual and community development as it should not to be taken for granted that people automatically grow and develop into responsible, community-oriented adults.

The five rites are birth, adulthood, marriage, eldership, and ancestorship. A rite is a fundamental act (or set of rituals) performed according to prescribed social rules and customs. Each of these rites are a key component that are a part of traditional African cultures. Some societies have more elaborate and extensive ceremonies than others, but these five themes are the thread that links families and villages in traditional Africa and provide the necessary structure for individual growth and development. The 5 rites represent an integrated initiation system that has given indigenous African cultures the stability and longevity to provide a model of consistency and inter-generational unity. They represent a complete set of devices that prevent the inherent conflicts between various age groups or the systematic ill treatment of women, children, or elders.

Adulthood rites are usually done at the onset of puberty age (around 12-13 years of age in many cultures) and they are to ensure the shaping of productive, community-oriented responsible adults. African societies systematically initiate boys and girls. They often take the young initiates out of the community, and away from the concerns of everyday life, to teach them all the ways of adulthood: including the rules and taboos of the society; moral instruction and social responsibility; and further clarification of his/her mission or calling in life.

For example in Gambia the rite of passage generally proceeds in three stages:• Separation (the individual is isolated from the group);• the margin or liminality (moment when the effectiveness of the ritual is carried out, with the variation of the group); • aggregation (return in the group).


The rite of passage is also a guide of voyage and training and an accompaniment of a trade-guild along the road in the abandonment of the old identity and the acquisition of the new identity.
For example, in ancient Egypt (Kemet) initiates were taught that the visible and the invisible, or the seen and unseen, together constitute nature. Nature is as much an invisible world as it is a visible world. They recognized that the divine plan which underlies the world of Time, Space, and Causation can not be accessed in the Macrocosm, but was available in the Microcosm, which was an internalization of faculties. Priests taught the initiates to preserve the knowledge of astronomy, medicine, mathematics and writing. 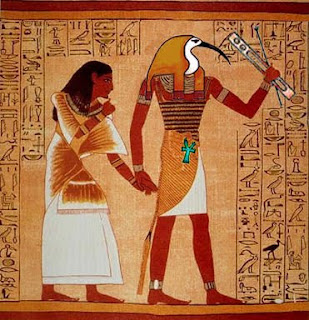 The initiate system, prevailing in Kemet, was based upon one tremendous point, that the individual should learn factually, actually, and beyond question through personal experience that death is an illusion. Priests had developed a science by which they could communicate the fact, example, and circumstance of death directly to another person. In other words, the initiates of the Mystery Schools, were persons who had lived, died, and been born again in this world.
"Never go about revealing the rituals You see, in all mystery, in the temples."
Chassinat, 1928, p.361, line3 - temple of Edfu - Late Period.
Published by Alan Dixon at 7:01 AM