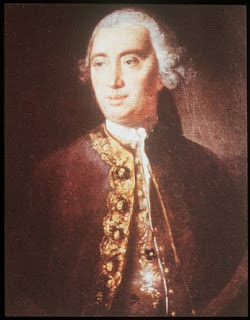 As we all know, racism isn’t cool. These days, anyone who espouses racist views doesn’t get or deserve the privilege to bask in the light of mainstream acceptance. No one would dare go on network TV and espouse the ideas of an Elijah Muhammad a Marcus Garvey or a Jeremiah Wright without expecting a raised eyebrow or to never be invited back. We all know that Louis Farrakhan can hardly be mentioned in public because over 20 years ago, he said some “terrible things about the Jews” and stated that “Hitler was a great man”. So now everything he says is tainted and discredited and he can easily be dismissed as racist.
This should make us wonder, where is the line?
[In a 1977 column, Pat Buchanan said that despite Hitler's anti-Semitic and genocidal tendencies, he was "an individual of great courage.... Hitler's success was not based on his extraordinary gifts alone. His genius was an intuitive sense of the mushiness, the character flaws, the weakness masquerading as morality that was in the hearts of the statesmen who stood in his path." (Guardian, 1/14/92). 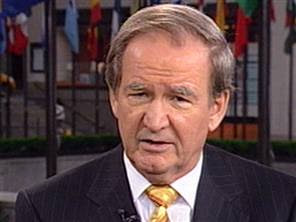 Since 2003 Buchanan has been at MSNBC as a political analyst. He regularly appears on the network's talk shows. He occasionally filled in on the nightly show Scarborough Country during its run on MSNBC. Buchanan is now a frequent guest and co-host of Morning Joe as well as Hardball, 1600 Pennsylvania Avenue, and The Rachel Maddow Show.]

We are living in a system where 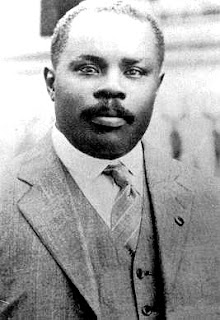 institutional racism prevails; a racism that is there but can’t be seen …but you can see it, but you’re not supposed to see it, but you are supposed to see it. As noted in the article, “The Presidents Celebrate Black History”, http://innerciv.blogspot.com/2010/02/presidents-celebrate-black-history.html across the board our presidents have made racist remarks. But we are still supposed to accept them and look past the comments. So the institution stands…along with the racism, which pretty much equals institutional racism. Well, people say, “racism was okay during those times”. Wait… when is it ok to be racist? Well, “racism was accepted during those times” – Accepted by whom? Did the victims accept it? “Well, that was in the past”. This is the most lame excuse of them all. It sounds like something Chris Tucker would say in a Friday movie. Yet we are supposed to buy it. How far back in the past do we go to make things ok? Two years? The 1960’s? The further you go back doesn’t it seem it would be more clear that racism was wrong? When you see a pregnant woman being lynched, or if say George Washington sees (or orders) a slave to be whipped to within an inch of his life shouldn't the error appear more glaring? 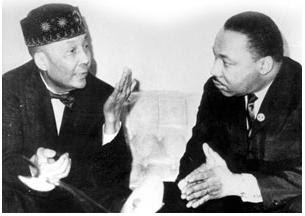 Where is the line? Should the mainstream or the academic establishment continue to sweep under the rug the comments these men have made? If the men featured in this “Famous Racists in History” series are pillars of Western Civilization, how should they be viewed? How should the very framework of Western Civilization itself be viewed? Or... how should we view our own people who have been cast aside by this very same mainstream for being racially inappropriate? 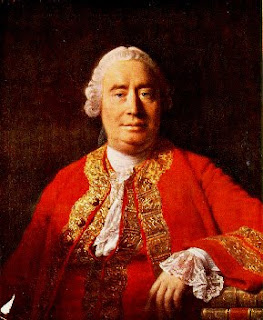 David Hume is a philosopher highly respected for his clarity of thought and constructive use of scepticism.
“One of the greatest philosophers in Western history, as well as an accomplished historian, economist, perennial skeptic and delightful fellow." History Of Economic Thought; New School.
In the twentieth century, Hume has increasingly become a source of inspiration for those in political philosophy and economics as an early and subtle thinker in the liberal tradition, as well as an early innovator in the genre of the essay. From the Stanford Encylopedia of Philosophy:

“The most important philosopher ever to write in English, David Hume (1711-1776) — the last of the great triumvirate of “British empiricists” — was also well-known in his own time as an historian and essayist. A master stylist in any genre, Hume's major philosophical works — A Treatise of Human Nature (1739-1740), the Enquiries concerning Human Understanding (1748) and concerning the Principles of Morals (1751), as well as the posthumously published Dialogues concerning Natural Religion (1779) — remain widely and deeply influential.”

David Hume:
"I am apt to suspect the Negroes to be naturally inferior to the Whites. There scarcely ever was a civilized nation of that complexion, nor even any individual, eminent either in action or speculation. No ingenious manufactures amongst them, no arts, no sciences. On the other hand, the most rude and barbarous of the Whites, such as the ancient Germans, the present Tartars, have still something eminent about them, in their valour, form of government, or some other particular. Such a uniform and constant difference could not happen, in so many countries and ages, if nature had not made an original distinction between these breeds of men. Not to mention our colonies, there are Negro slaves dispersed all over Europe, of whom none ever discovered the symptoms of ingenuity; though low people, without education, will start up amongst us, and distinguish themselves in every profession. In Jamaica, indeed, they talk of one Negro as a man of parts and learning; but it is likely he is admired for slender accomplishments, like a parrot who speaks a few words plainly.1

The above quote comes from a footnote in Hume’s essay ‘Of National Character’. It is no secret. The footnote was not in the original 1748 version of the essay, but was added in 1753. The first two sentences were revised in 1777 by Hume in response to criticisms he received (this is the version above). The opening sentences of the original 1753 footnote read:

"I am apt to suspect the negroes and in general all the other species of men (for there are four or five different kinds) to be naturally inferior to the whites. There never was a civilized nation of any other complexion than white, nor even any individual eminent either in action or speculation. On the other hand, … "Note that in this earlier version, Hume refers to other species, not other races.
Nevertheless these public, racist ruminations have not marred his stature one bit. He remains as he has always been - formemost in the pantheon of Western thinkers.

The modern day version of Hume is non other Congressman Ron Paul of Texas. He recently won the "straw poll" among Republican presidential candidates at the recent CPAC. Some of his rantings:

On the L.A. Riots

“Order was only restored in L.A. when it came time for the blacks to pick up their welfare checks three days after rioting began,”

Opinion polls consistently show that only about 5 percent of blacks have sensible political opinions, i.e. support the free market, individual liberty and the end of welfare and affirmative action

On African-Americans and Crime

Given the inefficiencies of what D.C. laughingly calls the `criminal justice system,’ I think we can safely assume that 95 percent of the black males in that city are semi-criminal or entirely criminal,

America’s number one need is an unlimited white checking account for underclass blacks.