"The God of Our Time" 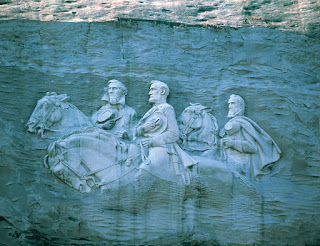 How The South Really Lost the War
The Southern states made an impressive effort in military terms, but in the end it was as much a lack of money that did them in as it was lack of industrial capacity or manpower. In the beginning of the war, since the Confederate Treasury did not have a pre-existing system of taxation, they largely paid for its army by selling bonds to its own citizens in the form of two large loans for $15 million and $100 million.
As you might imagine, these bonds were purchased more out of a sense of duty and loyalty than they were for their credit quality.
A big problem was the limited amount of liquid capital in the South, with its many self-contained farms and relatively small towns. To survive, the Confederacy turned to the Rothschild’s of Europe. The Rothschild’s were clearly the world’s greatest financial dynasty of the time and their financial influence helped Wellington beat Napoleon at Waterloo. 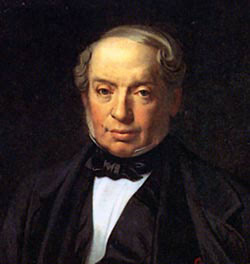 "Money is the god of our time," declared the German poet Heinrich Heine in 1841, "and Rothschild is his prophet."
The South hoped they would help them raise the money to do the same. In the end, the Rothschilds decided not to back the South. Why? Maybe it was they felt a general distaste for the institution of slavery (although Soloman De Rothschild’s [above] views on the conflict between the North and the South were decidedly pro-Confederate and his letters urged his cousin to use all his family's influence to gain the recognition of the Confederacy by the European powers), or, more likely, it was the sense that the Confederacy was not a good credit risk. Afterall, Jefferson Davis, the Confederacy's President had openly advocated the repudiation of State debts when he was a US Senator.

When the Confederacy tried to sell conventional bonds in the European markets, investors showed little interest. But the South had something of great value as collateral that the British textile industry desperately wanted – cotton.
Cotton was the key to the Confederate economy and their largest export. They came up with the idea of using the South’s cotton crop as collateral for a new kind of bond backed by cotton. When a small French firm started issuing cotton-backed bonds on the South’s behalf, the response in London and Amsterdam (then the financial centers of the world) was very positive.
The great thing about the bonds was that they had a 7 percent coupon and 20-year maturity, but could be converted into cotton at the pre-war price of six pence a pound.
Despite the South’s military setbacks, these bonds largely retained their value because of the ability to convert to cotton. In 1860, more than 80 percent of the cotton imported by the British textile industry came from the southern U.S. The Confederate leaders thought they could use this as leverage to bring Britain into the war on their side.
To increase the pressure, they imposed an embargo on all cotton exports to England. The effects were devastating and cotton prices soared over 400 percent, forcing many of the mills out of business. By 1862, half the workforce in the British cotton mills had been laid off. Not only did the embargo cause unemployment, hunger and riots in England, the higher cotton prices drove up the value of the South’s cotton bonds. 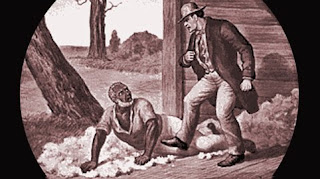 The South’s ability to manipulate the bond market depended on one main condition; that investors could take physical possession of the cotton collateral if the South failed to make interest payments. But collateral is only good if you can get your hands on it. And that is why the fall of New Orleans in April 1862 was the real turning point of the war.
With the South’s main port in Union hands, any investor who wanted to take possession of Southern cotton would have to run the Union’s naval blockade going in and then out. Obviously, that was not a very attractive option.
If the South had managed to hold on to New Orleans until the cotton harvest had been shipped to England, they might have managed to sell more than $3 million pounds of cotton bonds in London alone and would have been able to finance the war effort.
As it turned out, most investors dismissed the bonds as wildly speculative. The South had overplayed its hand. They had turned off the cotton tap, but then lost the ability to turn it back on. By 1863, the British cotton mills had found new sources of cotton in China, Egypt and India, and investors were rapidly losing faith in the South’s cotton bonds.
The consequences for the South were disastrous. The Confederate government was forced to print over $1.7 billion worth of unbacked paper dollars to pay for the war. (That was when a billion was still a lot of money.)
Actually, both sides in the Civil War had to print money, but by the end of the war the Union’s dollars were still worth about 50 cents in gold, while the Confederacy’s were worth just one cent. 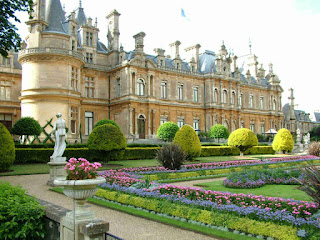 Those who had invested in Confederate bonds ended up losing everything, since the victorious North pledged not to honor the debts of the South. The Rothschilds had been proven right.
~Niall Ferguson
Published by Alan Dixon at 8:38 AM

Damn. What a history lesson. I have never read about or even heard of this side of the story. Amazing.

With the South’s main port in Union hands, any investor who wanted to take possession of Southern cotton would have to run the Union’s naval blockade going in and then out. Obviously, that was not a very attractive option.
black pakistani suit
black salwar suit