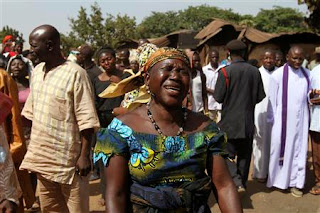 JOS, Nigeria – Rioters armed with machetes slaughtered more than 200 people overnight Sunday as religious violence flared anew between Christians and Muslims in central Nigeria, witnesses said. Hundreds of people fled their homes, fearing reprisal attacks.
The bodies of the dead — including many women and children — lined dusty streets in three mostly Christian villages south of the regional capital of Jos, local journalists and a civil rights group said. They said at least 200 bodies had been counted by Sunday afternoon.

Jos lies in Nigeria's "middle belt," where dozens of ethnic groups mingle in a band of fertile and hotly contested land separating the Muslim north from the predominantly Christian south.
Jos has been under a dusk-til-dawn curfew enforced by the military since religious-based violence in January left more than 300 people dead — most of them Muslims. It was not clear how the attackers managed to elude the military curfew early Sunday.
In a statement Sunday night, acting President Goodluck Jonathan said security agencies would be stationed along Plateau state's borders to keep outsiders from coming in with more weapons and fighters.
When religious violence takes place in Nigeria, it normally has roots in local issues, rather than being influenced by international extremist groups. 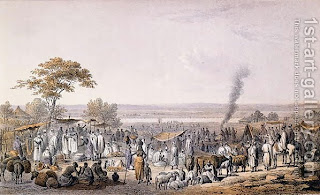 But to more fully understand the roots of this conflict one must go back 100 years to the news event as giddily described by an April 12, 1903 New York Times article below: 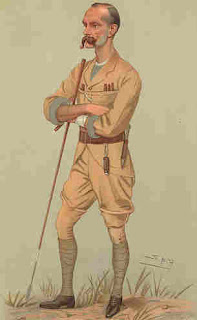 Frederick Lugard, who assumed the position of high commissioner of the Protectorate of Northern Nigeria in 1900, often has been regarded as the model British colonial administrator. Trained as an army officer, he had served in India, Egypt, and East Africa, where he established British presence in Uganda. Joining the Royal Niger Company in 1894, Lugard was sent to Borgu to counter inroads made by the French, and in 1897 he was made responsible for raising the Royal West African Frontier Force (RWAFF) from local levies to serve under British officers.
During his six-year tenure as high commissioner, Lugard was occupied with transforming the commercial sphere of influence inherited from the Royal Niger Company into a viable territorial unit under effective British political control. His objective was to conquer the entire region and to obtain recognition of the British protectorate by its indigenous rulers, especially the Fulani emirs of the Sokoto Caliphate. Lugard's campaign systematically subdued local resistance, using armed force when diplomatic measures failed. Borno capitulated without a fight, but in 1903 Lugard's RWAFF mounted assaults on Kano and Sokoto. From Lugard's point of view, clear-cut military victories were necessary because their surrenders weakened resistance elsewhere.
Lugard's success in northern Nigeria has been attributed to his policy of indirect rule, which called for governing the protectorate through the rulers who had been defeated. If the emirs accepted British authority, abandoned the slave trade, and cooperated with British officials in modernizing their administrations, the colonial power was willing to confirm them in office. The emirs retained their caliphate titles but were responsible to British district officers, who had final authority. The British high commissiones could depose emirs and other officials if necessary. Lugard reduced sharply the number of titled fief holders in the emirates, weakening the rulers' patronage. Under indirect rule, caliphate officials were transformed into salaried district heads and became, in effect, agents of the British authorities, responsible for peacekeeping and tax collection. The old chain of command merely was capped with a new overlord, the British high commissiones. 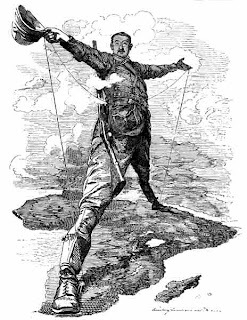 Although the high commissiones possessed unlimited executive and legislative powers in the protectorate, most of the activities of government were undertaken by the emirs and their local administrations, subject to British approval. As a consequence of indirect rule, Hausa-Fulani domination was confirmed--and in some instances imposed--on diverse ethnic groups, some of them non-Muslim, in the so-called middle belt.


From taxes collected by local officials, first one-quarter and later one-half was taken to support services of the colonial regime, which were meager because of the protectorate's lack of public resources. In the south, missionaries made up for the lack of government expenditure on services; in the north, Lugard and his successors limited the activities of missionaries in order to maintain Muslim domination. Consequently, educational and medical services in the north lagged behind those in the south.

These conflicts are a result of secular processes,” said Sanusi Lamido Sanusi, one of Nigeria’s leading intellectuals and a top executive of one of the country’s oldest banks, FirstBank. “It’s about bad government, economic inequality, and poverty—a struggle for resources.” When a government fails its people, they turn elsewhere to safeguard themselves and their futures, and in Nigeria at the beginning of the 21st century, they have turned first to religion. Here, then, is the truth behind what Samuel Huntington famously calls religion’s “bloody” geographic borders: outbreaks of violence result not simply from a clash between two powerful religious monoliths, but from tensions at the most vulnerable edges where they meet—zones of desperation and official neglect where faith becomes a rallying cry in the struggle for land, water, and work. 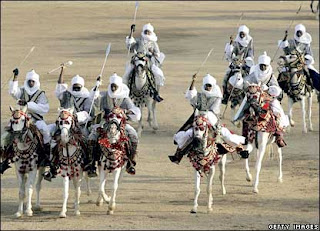 In Nigeria, the two faiths meet along a band of terrain roughly 200 miles wide called the Middle Belt. This swath of land, for the most part (an exception being Nigeria’s southwest), marks the fault line between Christianity and Islam not only in Nigeria, but across the entire continent. A satellite image from Google Earth shows the Middle Belt as a gray-green strip between the equator and the 10th parallel, dividing the fawn-colored dry land from the vibrant sub-Saharan jungle canopy. It also separates most of the continent’s 367 million Muslims to the north from 417 million Christians to the south. Plagued by bad government, a shortage of water and arable land, and rising birthrates, the Middle Belt is also the victim of environmental change: growing aridity in the north (the desert creeps forward at slightly less than half a mile a year) and flooding in the south. Shifting weather patterns have made planting and grazing seasons unpredictable and allowed insect-borne diseases, such as malaria, to run rampant.
Islam all but stopped its southward spread here in the late 1800s, because the traders, missionaries, and Sufi jihadists who had carried Islam south couldn’t handle the jungle terrain or the tsetse flies that plagued their horses and camels with sleeping sickness. The Jarawa people claim that their rights to the land go back to the days of Usman Dan Fodio, a Sufi teacher and ethnic Fulani herder who launched a 19th-century jihad to purify the faith, promote the education of women, and outlaw the enslavement of his fellow Muslims.

The high, dry ridges and rocky escarpments of the Middle Belt also provided an ideal defense against Muslim slave raiders for non-Muslim hill people like the Goemai. When Christian missionaries arrived 100 years ago, many targeted these “pagan” hill people. For some, the mission was to create a buffer against the southern “spread of Mohammedanism,” as Karl Kumm, one of the more uncompromising missionaries, put it. But many of his coreligionists had little interest in combating Islam. Instead, armed with the two B’s of Bible and bicycle, as well as with the imperative of self-reliance, they dispensed practical advice on health, agriculture, and eventually education, providing a form of “emancipation” for the historically disenfranchised hill people, who also gained a powerful collective identity in Christianity.

The British colonial administration was ambivalent about missionaries, fearing that their efforts to convert Muslims would destabilize Britain’s plans for empire-building—as they had elsewhere in Africa. When the British overthrew the caliphate, then unified North and South Nigeria in 1914, the new colonial administration forbade missionaries to enter Muslim lands. Under the British policy of Indirect Rule, which was modeled on the Raj in India, Dan Fodio’s emirs were largely left in place. Many came to be seen as colonial agents, losing their religious legitimacy even as they amassed power and wealth. This colonial policy of favoring Muslims over minority Christians left a legacy of mistrust between the two groups. “Every crisis is automatically interpreted as a religious crisis,” said Archbishop Josiah Idowu-Fearon, the Anglican bishop of Kaduna. “But we all know that, scratch the surface and it’s got nothing to do with religion. It’s power.”
Published by Alan Dixon at 8:46 AM

It irks me that every time there's a conflict, uprising or outright murderous rampage, religion is always the fall guy.

Articles on the latest slaughter would have been more powerful and struck more people as being outrageous if they were sans the words Muslims & Christians.

White America will TOTALLY DISMISS this story - or more sinister, call for military intervention against Muslims ONLY because the West has managed to demonized all things Muslim.

By reading this article I get a lot of lessons and this is very useful . cara menggugurkan hamil