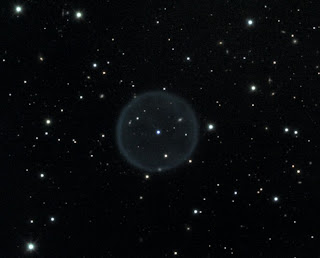 
Oneness is a matter of viewpoint and it is also the essence of reality. In our day to day lives on earth we see a vast array of shapes, materials, forms, problems, blessings, peoples etc. But from outer space we would simply see one globe, one entity. And if we were to extend that concept further we would see one universe.

“In reality there is only an everlasting, undivided, ever-present Oneness or universal "space" beyond all duality of existence verses nonexistence, light and dark, etc. Only through the illusion of being small and separate does all phenomena seem to exist! The greater that illusion of smallness and separateness, the greater is the reality of the world of opposites. The more that illusion is dissolved, the less real the world of phenomena and opposite forces appear to be, until ultimately, all things seem to dissolve into a universally complete Oneness or Wholeness.” ~ Russell Symonds (Shaktivirya).

Throughout our history the concept of oneness or unity has always been present though manifested in different ways and at different times and places.
The ancient Egyptians perceived every principle along with its inverse or complimentary aspect. The notion of pairing applied to all ideas, in the manner that balance and symmetry is sought in art. In the Egyptian mind, every concept was understood together with its opposite. The principle of Ma’at (justice, order) was understood along with, and included, the concept of Ifset (chaos). Simultaneity represents the many events, (death, growth, hibernation, latent powers of seeds) of one cycle, all occurring at the same time but at different levels of manifestation. To the Egyptian, all of these events may not be related by attribute but they all point to an underlying principle from which they all mutually arise.

The Egyptians also incorporated the principle of Unity into their thinking. To the Egyptian mind, nothing was perceived as separate or out of context from everything else. There was always a correspondence existing between any one thing and others through all possible realms of manifestation in nature.

According to the Egyptians, the Neter Osiris was the great civilizer and teacher; he taught his subjects the arts of agriculture, of bakery, and of making beer and wine. He built the first temples and taught men how to sculpt and to make music. Then he set out on a journey to conquer the earth by the pacific means of art and music, leaving Isis as his regent in Egypt. He traveled throughout Asia to India, subduing all peoples with his civilizing influences. If this is true, it is no wonder that the concept of oneness permeates Hindu and Buddhist cultures as well. 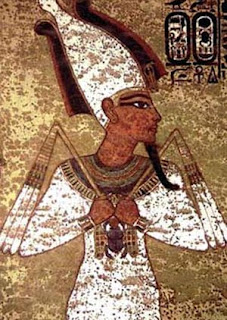 In Hinduism there exists the concept of Dvaita and Advaita. Dvaita means duality, the sense of separation, the notion that there is one and there is another, the conscious experience of the subject with the object and the knower with the known. Advaita (a+dvaita = non-duality) simply means that the Source, by whatever name known - Primal Energy, Consciousness, Awareness, Plenitude, God - is Unity, Oneness, Non-duality. It is a state of oneness with the rest of creation, of the subject with the object, of the knower with the known, of the lower self with the highest self and of the ordinary consciousness with the higher consciousness. It comes with a heightened sense of awareness in which one sees everything in oneself as oneself. It is the state described in the Upanishads that experiences the self as everything and everything in the self. According to them there is only one reality and it is god.


"The moon is one, but on agitated water it produces many reflections.
Similarly ultimate reality is one, yet it appears to be many in a mind agitated by thoughts."- Maharamayana

When practicing Buddhism, a person usually sits quietly and meditates, trying to forget the self of him or her, so that he or she could get into a state of oneness of mind and body. Non-Duality in Buddhism does not constitute merging with a supreme Brahman, but realising that the duality of a self/subject/agent/watcher/doer in relation to the object/world is an illusion. 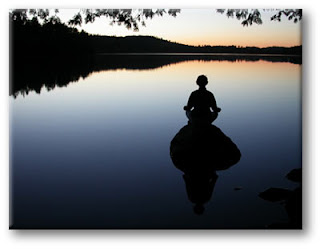 In Islam and more particularly Sufism (esoteric Islam), the concept of oneness is well articulated. It is called Tawhiyd. For the wise, Islam is not seen as a monotheistic religion. As explained by the prophet Muhammad’s cousin, Ali Ibn Abu Talib:
“To know God is to know his oneness. To say that 'God is one' has different meanings among them is a false one. .. As for the meaning that is false, it is that a person should say "God is one" and be thinking of numbers and counting. This is false because that which has no second cannot enter into the category of numbers.”
Thus, it is more fitting to say that Allah is oneness, rather than Allah is one.
For Sufis, Tawhiyd implies that all phenomena are manifestations of a single reality, or Wujud (existence), which is indeed al-Haqq (Truth).

Reknowned Moorish philosopher Ibn Al Arabi explained. "There is nothing in wujud [existence] except God ". God’s “signs” (ayat), creation—are neither the same as God nor different from him, because God must be understood as both absent and present, both transcendent and immanent. 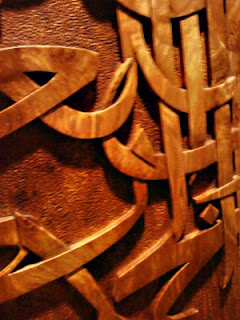 According to the Qur'an, Satan deviated from the oneness of God in the story of the creation of man by permitting his own hierarchical value system to supersede God's will. "I am better than him (Adam); you created me from fire and created him from black mud". By constructing these insurmountable walls and barriers of hierarchy he in effect obliterated the understanding and the essence of unity.

Maybe the sense of togetherness that music seems to bring to all people in the world comes from this same concept. Philosopher Sri Chimnoy related,
"If we can feel that It (music) is not our voice, not our fingers, but some reality deep inside our heart which is expressing itself,and then we will know that it is the Soul’s music. The outer music comes from an outer instrument. The inner music comes from the heart. The name of this inner music is Oneness." 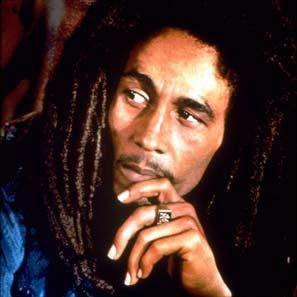 One Love, One Heart. Let's get together and feel all right. As it was in the beginning (One Love);So shall it be in the end (One Heart). Give thanks and praise to the Lord and I will feel all right. ~Bob Marley.
Published by Alan Dixon at 8:15 AM

A very heavy read. I'm gonna read it again when I'm alone and its completely quiet.