How Does This Happen?

In the 1860’s British explorers and abolitionists searching for the source of the Nile River and to “end slavery” entered Uganda. Protestant missionaries entered the country in 1877, followed by Catholic missionaries in 1879. By 1888, the British controlled the country- [by royal charter to William Mackinnon's Imperial British East Africa Company, an arrangement strengthened in 1890 by an Anglo-German agreement confirming British dominance over Kenya and Uganda]. 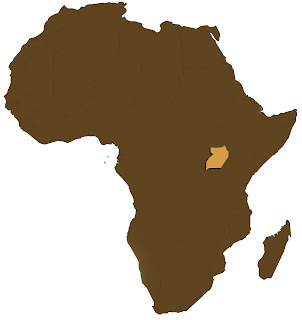 March 2010 - Proposed anti-gay legislation in Uganda has sparked” international uproar.” Homosexuality is already illegal in Uganda, but the new bill would impose much harsher punishments, including life imprisonment and even the death penalty for some homosexual acts. It would also require people to report every LGBT individual they know or face imprisonment. There’s a lot of hostility targeting the grassroots people. There’s a lot of homophobia that has been increased because of ongoing demonstrations around the country. These demonstrations are done by religious groups. ~ Frank Murgishia, of the Sexual Minorities of Uganda Organization.


Sounds like some nutty Africans pushing their “primitive ideas” through legislation? Where would a bill like this originate? Let’s see.... 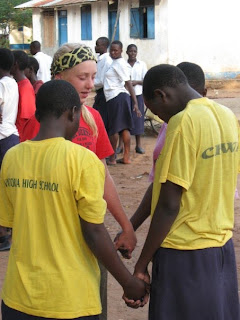 The Rev. Kapya Kaoma, Anglican priest from Zambia: Currently, the forces that are supporting the bill in Uganda have all distanced themselves. For instance, we have Scott Lively saying the bill goes too far. Pastor Rick Warren of Saddleback in California has also said, no, he denounces the bill. The American conservative churches, which have broken away from the Episcopal Church, are saying they are no longer part of the bill. There is no American conservative who is prepared to say that they are for this bill.

But before this bill was proposed, they were the ones who were, in fact, in the forefront preaching and using homophobia as an organizing tool. Pastor Warren was in Africa doing his so-called purpose-driven project. He has purpose-driven projects in Nigeria. He has a purpose-driven project in Rwanda. He has the same project in Uganda. And ironically, all these countries have been shamed. They have new laws against homosexuality. His friends are Archbishop Akinola of Nigeria. We have Henry Orombi of Uganda. These are the very people who are advocating for anti-gay laws in their countries. So you can see that they distance themselves now because the fire is burning. But their friends in Africa are the same people who are for this bill. 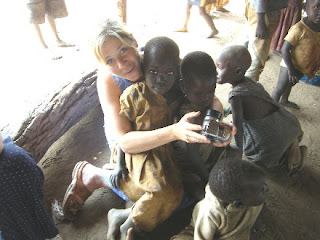 We have a group of Americans, like the Institute on Religion and Democracy, headed by Mark Tooley currently, who is their president. This is a group which has used homophobia as an organizing tool in Africa. It has misrepresented or taken the American politics of gays and lesbians in this country and used it as a reason for them to get Africans on their side. And unfortunately, when the fire now is burning against LGBT persons in Africa, these groups are silent about this bill.


How receptive would European Americans and the Congress be to Ugandan Africans proselytizing their religion in America seeking to influence American society? Why in 2010 do Black Africans think this is acceptable?

H.Q -2:11-12 "And when it is said to them, Do not make mischief in the land, they say: We are but peace-makers. Now surely they themselves are the mischief makers, but they do not perceive."
Published by Alan Dixon at 7:39 AM

This is a little bit of religion-driven awfulness that needs to have attention drawn to it--just so the Christian fundamentalists can't say, "We don't hurt people any more! That was just the old days."

Hii,
It is a Nice Post, It was very helpful for me. keep it Up.
tutuapp

https://freefireapk.info/ get the free version

Great Information sharing .. I am very happy to read this article .. thanks for giving us go through info.Fantastic nice. I appreciate this post.
showbox app download

holler
i like your website great information sharing.i am very happy to read this article .thanks for giving us go through info.Fantastic nice. I appreciate this post.
freemobdroapkdownload.com

Thumbs up guys your doing a really good job.
trigidentities.info/kids-mathematics

I feel very grateful that I read this. It is very helpful and very informative and I really learned a lot from it.notepadplusplusdownload.com/

I have bookmarked it and I am looking forward to reading new articles.
latest rice purity test

They're produced by the very best degree developers who will be distinguished for your polo dress creating. You'll find polo Ron Lauren inside exclusive array which include particular classes for men, women.

This is also a very good post which I really enjoyed reading. It is not every day that I have the possibility to see something like this..

I would recommend my profile is important to me, I invite you to discuss this topic…
supersuapkpro.com

Personally I think overjoyed I discovered the blogs.

This website and I conceive this internet site is really informative ! Keep on putting up! how to get mobdro premium