Lord knows various people have had the chutzpah to try to define and articulate a "black agenda". And they have generally fallen short, not only in that endeavor but also in executing what they do come up with. 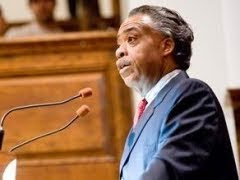 Perhaps the most successful gathering of intellectuals, lawyers and policy makers took place in 1935 when the question was well defined: What do we do to improve the education of black children? Of course, back then the term was "negro." Some wanted to mobilize to demand more money for segregated (and inferior) public schools for blacks. Some wanted an assault on segregation and a demand that black kids attend the much better endowed white schools. Participants ranged from Thurgood Marshall to Alain Locke to W. E. Du Bois.
The action plan, if you will, that ultimately won the day was the one championed by Marshall and the NAACP and culminated in victory with the 1954 Supreme Court ruling in Brown vs. Board of Education.


As the Rev. Raphael Warnock, pastor of the historic Ebenezer Baptist Church in Atlanta, told me after a ministers' luncheon Friday at the National Action Network annual meeting: "This conference is important at a moment like this because we are still confronted with major issues in the African American community, and in some ways they are more complicated than they were 30 or 40 years ago. Our coming together around shared struggle, sustained resistance and deep analysis - in some ways it takes more work."
In trying to tackle some of those "major issues," Tavis Smiley has been at it for years with his State of the Black Union summits that seem to draw from the same pool of leaders every year but which accomplish little. He held a pared-down version in March in Chicago, where the focus of 12 panelists was on pressuring President Obama to reward black support by explicitly addressing that elusive "black agenda".
The National Action Network came at it a little differently during the convention that concluded Saturday. It promised a 12-month action plan. I naively expected a plan in the form of a document prepared ahead of time that would be discussed, modified and endorsed. That was not the case. Instead, an impressive revolving panel of leaders of one thing or another and academics and journalists talked for two hours in a forum broadcast by TV One.
The good news is two-fold. First: A two-hour window of opportunity meant that answers had to be relatively short and to the point, something that Prof. Michael Eric Dyson cannot do. (After one long-winded, though eloquent, statement on how blacks can improve their financial standing, the moderator, Roland Martin of TV One, said to him "So, specifically, out of all that: Buy black!") Second: Martin took his role seriously and tried to pin down each participant to a specific thing that he or she would do in the next 12 months.
Of course, many panelists went for the easy applause lines and the "Yeah!" and "Amens"! from the packed First Corinthian Baptist Church in Harlem. One person suggested that blacks should counter the Tea Party movement with a "Cocoa Party" movement focusing on the well-being of black children. Others suggested establishing black financial institutions and demanding that governments at all levels deposit some of their money in those institutions. And several talked about expanding mentoring opportunities and finding ways to re-integrate convicted felons into society and to help them find jobs.
Rep. James Clyburn (D-S.C.), the House Majority Whip, explained that many of the concerns being raised - targeting stimulus funds to communities that are really suffering rather than distributing money to places that are not in such bad shape, providing job training, providing summer jobs - were already addressed in the stimulus bill and in the health care reform bill, including money for community colleges and HBCUs that can train people for jobs. That led several panelists, including Sharpton, to say that someone needs to explain the contents of these bills to black people.
President Obama tried to in a letter he sent to the convention that was read by one of his aides. But the greatest applause came to Obama's praise of Sharpton and NAN "for another year of fighting for the rights of those who have no voice and lifting up causes that would otherwise go unnoticed." The letter ended with: "...best wishes in your pursuit of economic security, social justice and peace for all Americans."
Among the pledges:
Sharpton said that NAN will launch a voter registration drive in key states with a goal of a 5% increase turnout in mid-term elections in November.
Marc Morial of the National Urban League said his organization will help 10,000 people find jobs over the next 12 months.
Debra Toney of the National Black Nurses Association said her organization would identify, train or re-train 10,000 people for the nursing field.
Dr. Lezli Baskerville, who represents HBCUs, said the network of campuses would provide 500,000 students for voter registration and get-out-the-vote efforts and that more campuses will make their facilities available to young people for after-school activities, including recreation.
In the end there was no document, but the pledges were documented because they were made on national television and the Internet. Martin said that TV One is committed to regularly posting progress reports on its web site (http://www.tvoneonline.com/). That sounds like an action plan.
Published by Alan Dixon at 5:35 AM