Learning How To Learn

A student of a Sufi* order once asked his teacher:
“Some teachings say we should be disciplined and dedicated and some say we should be critical and objective. How can these two be reconciled?" 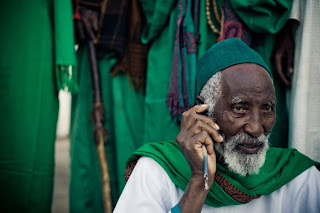 The teacher responded:
"In exactly the same way mathematics can be reconciled if one aspect of mathematical teaching says all right angles are 90 degrees, but Einstein says there is no such thing as a straight line. All lines are curved, hence there are no right angles.

You are mixing up two aspects of the same subject, understanding depends on the context in which you are working or the advancement of the student or both. If one can't adopt both disciplined and critical postures, both linear and holistic thinking, he will not be able to understand much of which must be perceived. The seeker is always balanced between rejection and faith."

In the same sense there is the false dichotomy between knowledge and action. (Right) action is knowledge. Usually it is not a matter of “either or” it is a matter of context and the level of the student.  A master reaches a point where he doesn't rely on books, but it would be foolish for him to teach his students they don’t need books, if they have not reached his level.
As in nature, there are different stages and cycles unfolding constantly- and simultaneously. Some organisms are growing, some are dying, some functioning systems are developing out of random elements and some systems are slowly giving way to chaos. 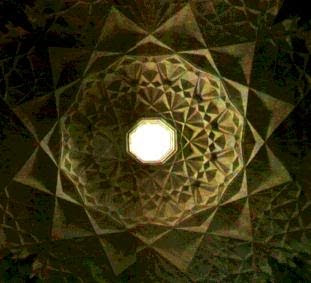 Yet, one can master books but still not grasp true wisdom, because books cannot tell you 'when.' They cannot give you the sense of timing needed to act decisively given constantly changing circumstances. This is a gift that comes from within – a spark from the divine itself.
So, there are times to be dedicated and disciplined and times to be critical and objective; and wisdom will tell you ...when.

"There is no wisdom where there is no common sense." - Idries Shah


*Sufism is considered the inner or esoteric dimension of Islam, that exists beyond its sphere.
Sufi orders have thrived throughout Africa, the Middle East and Asia for the past 12 centuries.
Published by Alan Dixon at 6:30 AM

Aw, this was a very nice post. Taking the time and actual effort to produce a superb article… but what can I say… I procrastinate a whole lot and never manage to get anything done.
Kahan Hum Kahan Tum Today Episode

I Love your website design, colour. I procrastinate a whole lot and never manage to get anything done.
Chartered Accountants in Ernakulam

Asian Embed This site is a free entertainment platform where you can stream the latest and past Asian shows such as Korean,
Taiwanese and Japanese dramas and movies with English subtitles and in high quality
www1.asianembed.net