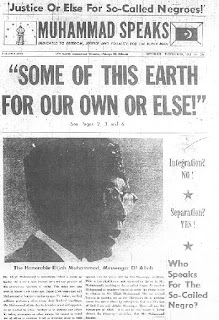 “Therefore, The Honorable Elijah Muhammad says that this problem can be solved and solved forever just by sending our people back to our own homeland or back to our own people, but that this government should provide the transportation plus everything else we need to get started again in our own country. This government should give us everything we need in the form of machinery, material, and finance-enough to last for twenty to twenty-five years until we can become an independent people and an independent nation in our own land. He says that if the American government is afraid to send us back to our own country and to our own people, then America should set aside some separated territory right here in the Western hemisphere where the two races can live apart from each other, since we certainly don't get along peacefully while we are together.” - Malcolm X 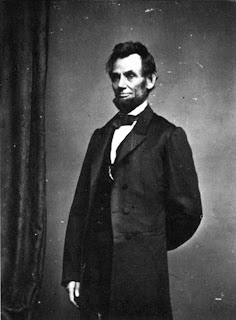 Was this a vain or far-fetched request? Many years ago, one of the greatest proponents for separation was actually the “Great Emancipator” Abraham Lincoln. In fact Lincoln's idea of emancipation was based on it. Unfortunately however, it seems his plan was a set-up:
"In 1861-1862, there was widespread support among conservative Republicans and Democrats for the colonization abroad of Negroes emancipated by the war," historian James M. McPherson has noted. At the same time, free blacks in parts of the North were circulating a petition asking Congress to purchase a tract of land in Central America as a site for their resettlement.1
In spite of the pressing demands imposed by the war, Lincoln soon took time to implement his long-standing plan for resettling blacks outside the United States.
Ambrose W. Thompson, a Philadelphian who had grown rich in coastal shipping, provided the new president with what seemed to be a good opportunity. Thompson had obtained control of several hundred thousand acres in the Chiriqui region of what is now Panama, and had formed the "Chiriqui Improvement Company." He proposed transporting liberated blacks from the United States to the Central American region, where they would mine the coal that was supposedly there in abundance. This coal would be sold to the US Navy, with the resulting profits used to sustain the black colony, including development of plantations of cotton, sugar, coffee, and rice. The Chiriqui project would also help to extend US commercial dominance over tropical America.2 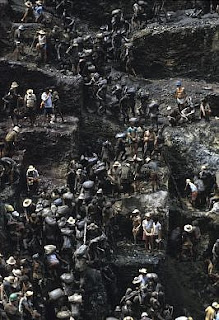 Negotiations to realize the plan began in May 1861, and on August 8, Thompson made a formal proposal to Secretary of the Navy Gideon Wells to deliver coal from Chiriqui at one-half the price the government was then paying. Meanwhile, Lincoln had referred the proposal to his brother-in-law, Ninian W. Edwards, who, on August 9, 1861, enthusiastically endorsed the proposed contract.3
Appointing a commission to investigate the Thompson proposal, Lincoln referred its findings to Francis P. Blair, Sr. Endorsing a government contract with the Chiriqui Improvement Company even more strongly than Edwards had, the senior Blair believed the main purpose of such a contract should be to utilize the area controlled by Thompson to "solve" the black question.

Eager to proceed with the Chiriqui project, on August 14, 1862, Lincoln met with five free black ministers, the first time a delegation of their race was invited to the White House on a matter of public policy. The President made no effort to engage in conversation with the visitors, who were bluntly informed that they had been invited to listen. Lincoln did not mince words, but candidly told the group:4
You and we are different races. We have between us a broader difference than exists between almost any other two races. Whether it is right or wrong I need not discuss, but this physical difference is a great disadvantage to us both, as I think your race suffers very greatly, many of them, by living among us, while ours suffers from your presence. In a word, we suffer on each side. If this is admitted, it affords a reason at least why we should be separated.
... Even when you cease to be slaves, you are yet far removed from being placed on an equality with the white race ... The aspiration of men is to enjoy equality with the best when free, but on this broad continent, not a single man of your race is made the equal of a single man of ours. Go where you are treated the best, and the ban is still upon you. 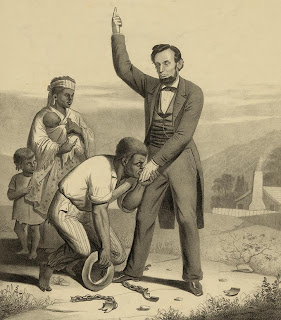 ... We look to our condition, owing to the existence of the two races on this continent. I need not recount to you the effects upon white men growing out of the institution of slavery. I believe in its general evil effects on the white race.
See our present condition -- the country engaged in war! -- our white men cutting one another's throats, none knowing how far it will extend; and then consider what we know to be the truth. But for your race among us there could not be war, although many men engaged on either side do not care for you one way or the other. Nevertheless, I repeat, without the institution of slavery, and the colored race as a basis, the war would not have an existence.
It is better for us both, therefore, to be separated.
An excellent site for black resettlement, Lincoln went on, was available in Central America. It had good harbors and an abundance of coal that would permit the colony to be quickly put on a firm financial footing. The President concluded by asking the delegation to determine if a number of freedmen with their families would be willing to go as soon as arrangements could be made.
Lincoln continued to press ahead with his plan to resettle blacks in Central America, in spite of opposition from all but one member of his own Cabinet, and the conclusion of a scientific report that Chiriqui coal was "worthless."5
Mounting opposition to any resettlement plan also came from abolitionists, who insisted that blacks had a right to remain in the land of their birth. In addition, some Republican party leaders opposed resettlement because they were counting on black political support, which would be particularly important in controlling a defeated South, where most whites would be barred from voting. Others agreed with Republican Senator Charles Sumner, who argued that black laborers were an important part of the national economy, and any attempt to export them "would be fatal to the prosperity of the country."6 In the (Northern) election campaign of November 1862, emancipation figured as a major iss 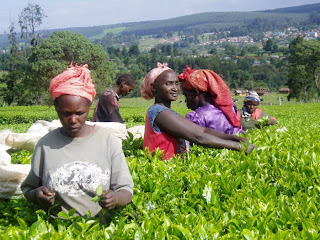 ue. Violent mobs of abolitionists opposed those who spoke out in favor of resettlement.7
What proved decisive in bringing an end to the Chiriqui project, though, were emphatic protests by the republics that would be directly effected by large-scale resettlement. In Central America, the prospect that millions of blacks would soon be arriving provoked alarm. A sense of panic prevailed in Nicaragua and Honduras, the American consul reported, because of fears of "a dreadful deluge of negro emigration ... from the United States." In August and September, Honduras, Nicaragua and Costa Rica protested officially to the American government about the resettlement venture. (Objection from Costa Rica was particularly worrisome because that country claimed part of the Chiriqui territory controlled by Thompson.) So in the end, it appears that Abraham Lincoln was more interested in ridding or "freeing" the United States of black people and slavery than he was in freeing black people for their own benefit.

So can we now make it the official that Lincoln didn't "free us" out of the kindness of his heart.