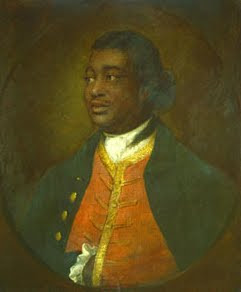 Many still make it a point to argue whether the American Civil War was about slavery or not. Forget that; it appears slavery was a factor in the American Revolutionary War. ** Here are the facts: The slave, James Somersett (left), was the property of Charles Steuart, a Customs officer from Boston, Massachusetts, then a British colony in North America. Steuart brought Somersett to England in 1769, but in 1771 Somersett escaped. He was recaptured in November and imprisoned on the ship Ann and Mary (Capt. John Knowles) bound for the British colony of Jamaica. However, three people claiming to be Somersett's godparents, John Marlow, Thomas Walkin and Elizabeth Cade, made an application before the Court of King's Bench for a writ of habeas corpus, and Captain Knowles was ordered to produce Somersett before the Court of King's Bench, which would determine whether his imprisonment was legal. On behalf of Somersett it was argued that while colonial laws might permit slavery, neither the common law of England nor any law made by Parliament recognised the existence of slavery, and slavery was therefore illegal. Moreover, English contract law did not allow for any person to enslave himself, nor could any contract be binding without the person's consent. The arguments thus focused on legal details rather than humanitarian principles. When the two lawyers for Charles Steuart put their case, they argued that property was paramount and that it would be dangerous to free all the black people in England. Lord Mansfield, having heard both sides of the argument, retired to make his decision, and reserved judgement for over a month. Finally, on 22 June 1772 he gave his judgement, which concluded:
"... The state of slavery is of such a nature, that it is incapable of being introduced on any reasons, moral or political; but only positive law which preserves its force long after the reasons, occasion, and time itself from whence it was created, is erased from memory: it's so odious, that nothing can be suffered to support it, but positive law. Whatever inconveniences, therefore, may follow from a decision, I cannot say this case is allowed or approved by the law of England; and therefore the black must be discharged." Somersett was freed, and his supporters, who included both black and white Londoners, immediately celebrated a great victory. The Somersett case was reported in detail by the American press, and in Massachusetts there were several attempts by slaves to obtain their freedom in 1773-74, which were supported by the General Court, but vetoed by successive Governors. The case was followed avidly in the Thirteen Colonies. It was only too clear to the ruling class in the Thirteen Colonies that, under British rule, freedom for the slaves they owned was inevitable and that the basis of their wealth and power, slavery, would end if the Colonies remained under British rule. The only way to retain their wealth and power was to retain slavery and the only way to retain slavery was to break away from Britain. Contrary to popular belief, every one of the Thirteen Colonies including New York, New Jersey, Rhode Island, Massachusetts, Pennsylvania, Maryland and Delaware practiced slavery. 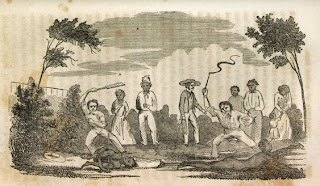 Shortly after word of the Somerset decision reached Virginia, slaveowner Thomas Jefferson and four other Virginia politicians began to meet in private. They proposed the formation of a "committee of correspondence" of the colonies which was a first step to breaking away from Great Britain. They persuaded their cronies in the Virginia House of Burgesses to present a resolution for the formation of the committees of correspondence. The resolution included a list of committee members, Peyton Randolph, Richard Henry Lee, Patrick Henry, Thomas Jefferson and several others. Every single one a slave-owner. 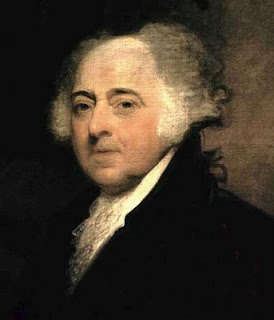 Later John Adams who was concerned with increased British taxes and Writs of Assistance stated, as he sought to unify the Eastern Colonies, that if the British could destroy Boston’s economy and strip Massachusetts of its political influence it could also destroy Connecticut, New York, and New Jersey too. The Southern leaders refused to join with the North in Revolution without guarantees that slavery would be protected. After meeting with Adams they felt they could trust him. He told Jefferson slavery was the black cloud over the nation and that he had a vision of “armies of Negroes marching and countermarching in the air shining in armor.” Later in his years he wrote: I have been so terrified with this phenomenon that I constantly said in former times to the Southern gentlemen, I cannot comprehend this object I must leave it to you. I will vote for forcing no measure against your judgments. Thus without mention of slavery in the Declaration of Independence, a new “free” nation was born. ** see Slave Nation: How Slavery United The Colonies And Sparked The American Revolution by Alfred W. Blumrosen (Author), Ruth G. Blumrosen (Author).
Published by Alan Dixon at 8:50 AM

thanks for sharing this! very helpful info
massage in delhi