The Essence Take Back The Music Campaign 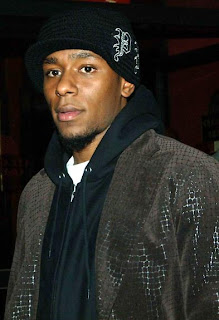 First and foremost, I would like to applaud Essence for making the decision to use its influence to take a stand and say “enough is enough.” Dr. Martin Luther King once noted, when announcing his opposition to the Vietnam War at Harlem's Riverside Church in 1967, that,“[a] time comes when silence is betrayal.” This current dialogue should prove to be a landmark event, not only in progress of the music business but in the progress of Black America as a whole. Mos Def once remarked, “if you want to know where Hip Hop is going, ask yourself, where are black people going? If we're doing alright, Hip Hop is gonna be doing alright." And that about sums up the importance of this dialogue. 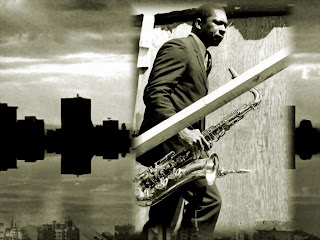 This may be the first time Black People really get a chance to talk about something that is rarely discussed (outside of the context of protest and traditional race relations) which is, what our purpose and direction should be. Our music is a reflection of our culture. Our culture influences our music and in turn the music influences our culture. Both are part of an organic whole. So without a clear cultural ideal or purpose to guide and direct the collective energy of Black America, these disturbing, destructive trends will continue to infiltrate and dominate the overall tenor of our community life. 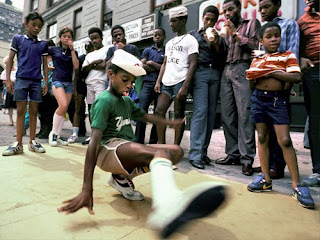 Knowing the history of this country, it would be difficult to consider it a coincidence that in 1989 when it appeared that Hip Hop was becoming a tool used for expressing self-respect,intelligence and urban unity, the focus suddenly shifted toward vulgarity, ignorance and senseless violence. The fact that whites began to buy the music and watch the videos doesn't validate anything. If black people began lynching each other on videos they would sell too. There is a spectacle value at work.

The black producers, artists and promoters who point to the money that is being made in this industry, touch on and miss the point at the same time. If this music harms our people by consistently celebrating drug abuse, misogny, violence, crime and crudeness, but the only thing positive that can be said about it is that the reocrds are selling and people are making money from it - then that is the very definition of exploitation. Black People, especially our women and children, are being exploited, for money - plain and simple. We are hurting our sisters but because of the money we can't even hear them. What is it going to take? 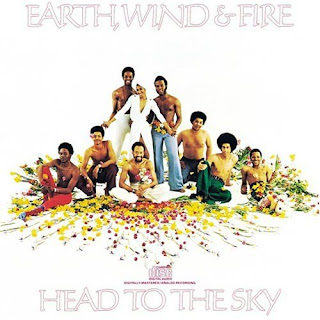 Although music is such an integral and highly influential element of Black life, it would not be realistic or proper for us to try to dictate to artists the kinds of music or videos they should make. That is up to the artists themselves. But the term "artist" or even "entertainer" can no longer be used as a shield against all accountability. Music is a social activity. Whether individuals see themselves as artists or entertainers, the music they make is designed to have a social impact. An artist cannot honestly say it's possible to isolate music from the effect it has on listeners. 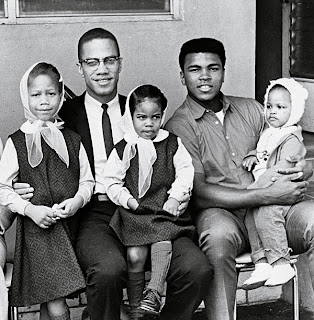 "The black man never will get anybody's respect until he first learns to respect his own women" - Malcom X.

Here is the big question. Where in our culture is the central current of thought explaining the importance and value of our women? What is the ideal, in terms of what men should expect from women? Hip Hop in New York City began during a period when the voices of the black pride movement still echoed in the air. By the mid 80's the Five Percent Nation still held sway in the streets, culturally, as a source of self knowledge and awareness. Their belief was that the earth is the Black woman's twin in nature. The Black woman symbolized the earth in many ways. The earth is the only planet in our solar system that is capable of reproducing life and therefore must be treasured and cared for. It was suggested that women wear long dresses so that three fourths of their body was covered, symbolic of the earth being three fourths covered with water.
"Rockin 3/4ths of cloth never showin' your stuff off, boo..." -Method Man.
These beliefs positively influenced the climate of the area and the music, directly and indirectly. So on a broader scale, if there were specific ideals or bedrock principles concerning family and respect articulated and imbedded in the psyche of our culture, it would be difficult to drift away from them - for they would become an integral part of who we are as a people. If our culture embarked on a journey towards an expansion of its horizons and was focused on a constant search for a greater understanding of reality and who we are, our music would reflect and compliment that search. If our overall population isn't engaged in the search for higher understanding, corporations will continue to put out music that reaches us at the lowest common denominator which is our base wants and desires. 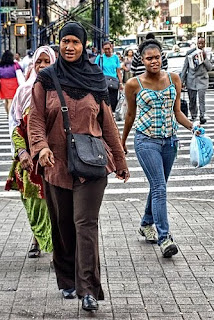 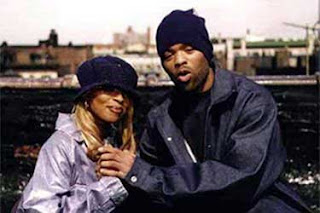 One problem with the "booty" music and videos is that they don't leave much room for anything else. The Golden Era of Hip Hop earned its name because of the diverse, eclectic explosion of creativity and ideas put out during that period. At its best, music expands the imagination and richness of life for those it reaches. 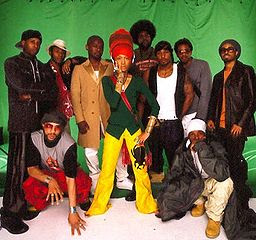 Individual artists can also make a difference. Where would we be without the classic sounds and the positive themes deliberately presented in the music of Gamble & Huff's Philadephia International Label (For the Love of Money, Wake Up Everybody, Family Reunion; Ain't No Stopping Us Now) or Maurice White's Earth Wind and Fire (Devotion, Keep Your Head to the Sky, That's the Way of the World, Open our Eyes). The Native Tongues collective - Afrika Bambatta, The Jungle Brothers, Tribe Called Quest, De La Soul, LONS,Queen Latifah, Common, Black Sheep and Black Star -all shared a common goal, and that was to spread a positive message without taking away the realism and street logic that was essential to hip hop. Their single decision has had a profound impact on the music and the culture. It may be a mistake to attack and boycott the music we consider harmful, exploitative and vulgar. That often gives the music more attention and social relevance than it deserves. Currently there are so many artists who have taken our situation as a people into consideration and are putting out such great music - Lauryn Hill, Common, Jill Scott, Q-Tip, Erykah Badu, Roy Hargrove, Fertile Ground, Mos Def, Talib Kweli, Alicia Keyes, Dwele, India Arie, DJ Premier, The Roots, Guru - it may simply be better to make sure they are supported, promoted and given their due (plus a little extra). 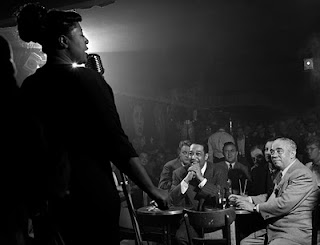 Music is powerful. Scientists have still not been able to figure out why it has such an impact on human beings. We have to take it seriously and not forget the legacy of those who have done so over the years (among them - Charlie Parker, Phyliss Hyman, Ray Charles, Thelonious Monk, Aretha Franklin, Sam Cooke, Mahalia Jackson, Miles Davis, Ella Fitgerald, Rakim Allah, John Coltrane, Sarah Vaughn, James Brown, George Clinton, Stevie Wonder, Jimi Hendrix, Billie Holiday, Bud Powell, Dizzy Gillespie, Clifford Brown and more). For the sake all of those artists who loved and respected the music, let's use it as a pathway in the search for beauty and truth. Then, if we happen to slip along the way, even our mistakes will be appreciated and we will never lose sight of the goal -which is our fulfillment.

Powerful and dead on point!!!!