The Nobleness of Youth 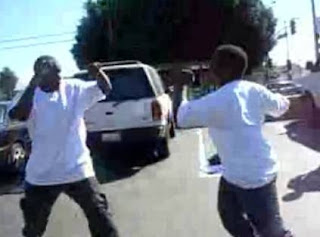 As all know, we lost most of our culture during slavery. After the sixties when the militant cries for black power and revolution urged us to rebel against accepted social customs and standards of behavior, we have never established what we would replace them with. How are we to behave now, especially among ourselves? How do we stop our youth from traveling down the road of anger, confrontation, ignorance, hostility and violence which leads away from peaceful, productive communities and inevitably toward poverty and prison? 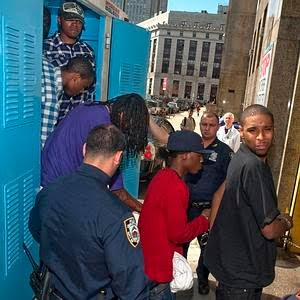 Our own writings from Ancient Egypt, the Ancient Israelites and North African Islamic cultures etc., are replete with advice and explanations on the importance of patience, judgment and forbearance. From these traditions African Americans can make popular some of the knowledge that would provide our children with a culture where they would be respected if they walked away from a pointless confrontation with a peer. If we don’t attempt to establish this now, our youth will continue to shoot each other over sneakers or for being bumped in public because they have never been raised within a tradition where any measure of patience or restraint is seriously valued.
"And the servants of the All-merciful are those who walk in the earth modestly and who, when the ignorant address them, say, 'Peace'." H.Q. 25:63.


An example of elements that can be used to enrich our culture are the concepts of Futuwwa and Adab.
In the West, we have vague notions of chivalry as having something to do with the 'knights of old', King Arthur or even Walter Raleigh and his 'cloak over the puddle' image. We also have the strange notion that the so called 'age of chivalry' occured around 13th century Europe during the time of the Crusades. True the word itself, we're told, comes from the French chevalier, meaning horseman or knight, but the sacred code of conduct exists far beyond European recent history.
Chivalry (futuwwa) and courtesy (adab) are traditions that relate back to the legendary hospitality of the prophet Abraham. 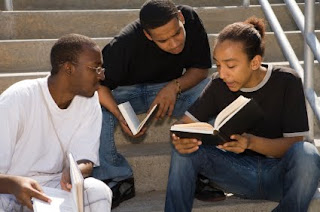 In the pre-Islamic Middle East tradition of adab, there existed those who had committed themselves to consideration for others; self-sacrifice; devotion; the helping of the unfortunate and unprotected; kindness towards all created beings, keeping one's word, and self-effacement. They were committed to a particular code of etiquette and conventions.
These “chevaliers” were absorbed into Islam on it's arrival and it's spiritual focus on divine love.

Here is Abdul-Husayn ibn Sam'un- on the broad meaning of futuwwah: "[f]utuwwa, means opposing and arguing little, being fair; preventing errors in oneself and not criticizing the errors of others; trying to correct one's faults; accepting accusations; enduring troubles caused by others; lowering one's ego; being pleasant to both the old and the young, doing good deeds, giving good advice, and accepting advice; loving one's friends; and bearing peacefully with one's enemies."

Futuwwa’s root In Arabic, fata literally means a handsome, brave youth. Over time it came to be associated with an ideal, noble person whose hospitality and generosity would enable him to always put others above oneself.

"Adab" generally means politeness, courtesy, good manners, refined manners, good breeding, respect, reverence; correct behavior, proper conduct, modest behavior; being courteous, polite; discipline, correction, chastisement; the science of polite learning; culture of mind, literature, literary pursuits.
Ancient teachers taught that, people can be divided into three categories with respect to correct behavior: The people of this world who use it for show. The people of religion are concerned with training the soul to instruct man's outer faculties, observing the limits set by God, and abandoning passions. And finally the elect, who are concerned with cleansing the heart, being faithful to oaths, holding to the present moment and stopping attention to stray thoughts.
It is related in tradition that, 'He who subdues his soul with correct behavior worships God sincerely.'


These are examples of how a concept can be transformed into a practice that can spread and characterize a whole culture and society, and it is much needed here in America to raise a standard for our youth to follow from within their own traditions.


"Chivalry means being fair to others, while not expecting fairness in return" - Abu Has Haddad.