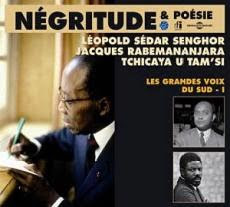 The concept of Négritude emerged as the expression of a revolt against the historical situation of French colonialism and racism.
Négritude is a literary and ideological movement, developed by francophone black intellectuals, writers, and politicians in France in the 1930s by a group that included the future Senegalese President Léopold Sédar Senghor, Martinican poet Aimé Césaire, and the Guianan Léon Damas. Damas in particular had a militant style of defending "black qualities".
The Harlem Renaissance, centred on Harlem in New York City in the 1920s and 1930s, had a significant influence on the Negritude movement. Towards the end of his life, Aimé Césaire has declared that the question he and his friend Léopold Sédar Senghor came to raise after they first met was: “Who am I? Who are we? What are we in this white world?” 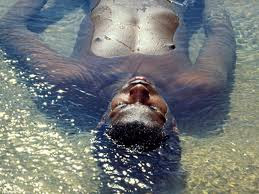 The term négritude (which most closely means "blackness" in English) was first used in 1935 by Aimé Césaire, in the 3rd issue of L'Étudiant noir, a magazine which he had started in Paris with fellow students Léopold Senghor and Léon Damas. L'Étudiant noir also contains Césaire's first published work, "Negreries," which is notable not only for its disavowal of assimilation as a valid strategy for resistance but also for its reclamation of the word "nègre" as a positive term. "Nègre" previously had been almost exclusively used in a pejorative sense, much like the English word "nigger." Césaire deliberately and proudly incorporated this derogatory word into the name of his movement. The same sentiment we are currently seeing with the use of the term nigga and thug.

It appears that our current self affirmation of blackness as a feeling and sense of style comes out of this movement.

Senghor illustrates what he sees as the importance of rythm and its omnipresence in Black aesthetic products. In his first essay on Négritude, “What the Black Man Contributes”, he wrote:

This ordering force that constitutes Negro style is rhythm. It is the most sensible and the least material thing. It is the vital element par excellence. It is the primary condition for, and sign of, art, as respiration is of life – respiration that rushes or slows down, becomes regular or spasmodic, depending on the being's tension, the degree and quality of the emotion.
In the same 1939 essay in which he explored what he called the “rhythmic attitude” , Senghor wrote the statement which is probably the most controversial of all his formulations of the philosophy of Négritude: “Emotion is Negro, as reason is Hellenic” (“L'émotion est nègre, comme la raison héllène”). (Senghor 1964, 288).

The Negritude movement was initially influenced by Haitian anthropologist, Anténor Firmin. In 1885, he published an early work of négritude De l'Égalité des Races Humaines (English: On the Equality of Human Races), which was published as a rebuttal to French writer Count Arthur de Gobineau's work Essai sur l'inegalite des Races Humaines (English: Essay on the Inequality of Human Races). (Gobineau was the author of the unfounded myth of the Aryan race, see "Inner Civilization", p.5)

At this point we have to ask, what is the value of affirming the way we walk, move, look etc., as compared to focusing on re-building and redeveloping what was destroyed in our culture and in ourselves over the past 300 years. The former is obviously the easier road to take and it may be a necessary first step, but it is a small one.

The Nigerian dramatist, poet, and novelist Wole Soyinka opposed Négritude. He believed that by deliberately and outspokenly taking pride in their color, black people were automatically on the defensive. He delivered the quote: "Un tigre ne proclame pas sa tigritude, il saute sur sa proie" (Fr. A tiger doesn't proclaim its tigerness; it jumps on its prey).

Do we really want to only claim for ourselves a presence in the arena of dancing, movement, soul, style and rythm? Do we not reason? Are we not rational beings? Does it matter that we clap our hands for Jesus, God or the devil or does it only matter that we clap our hands a certain way?
Maybe the problem begins by reacting rather than establishing our own purpose and then re-inforcing the will and self determination to carry out that purpose.
We react to colonialism, name calling, racist books and try to find an identity there. After 70 years it is becomimg clear, that's simply not where our identity lies. Firmin mentioned equality, our leaders here in America push and push and push for equality ...
We are not living in a white world (despite what so many of them may feel)- the world belongs to the essence of life itself. 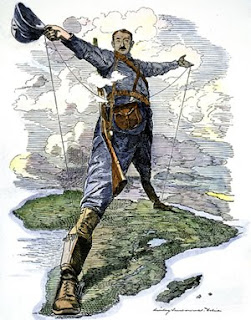 If one “race” has a long history of torture, exploitation , spewing hatred, degrading any people other than their own, and then lying about it all, would we want to claim equality with them? Should "equality" be our goal?

But let’s be honest, and here is the real problem - wouldn’t anyone want to be equal with the level of prosperity attained by the people who employed the tactics listed above?

But would the prosperity exist without the history of abuse? Can we ever realistically expect to comfortably enjoy the fruits of our own degradation?

How do you respond to racism?
As time goes on, a stronger and stronger argument is being made that, you simply -don't.
Find your divinely given purpose and principles and live them out - until you expire. What else is there? 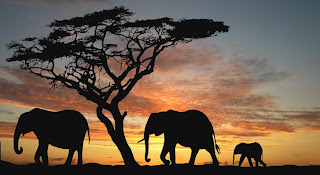 Published by Alan Dixon at 8:20 AM

After getting more than 10000 visitors/day to my website I thought your www.innercivilization.com website also need unstoppable flow of traffic...

Use this BRAND NEW software and get all the traffic for your website you will ever need ...

And all it took was 10 minutes to set up and run.

But how does it work??

You just configure the system, click the mouse button a few
times, activate the software, copy and paste a few links and
you're done!!

Click the link BELOW as you're about to witness a software that
could be a MAJOR turning point to your success.