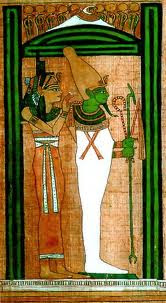 The Ancient Egyptians believed in the balance of male and female energy.
Both male and female were different aspects in the expression of the divine. Separate only in illusion, but one at the source; part of each other and the whole.
The male dieties in the pantheon of Ancient Egypt (Kemet) were represented with female counterparts. For example there was Nu and Naunet, Amun and Amunet, Asar and Aset, thus representing the idea that specific feminine qualities were brought about to balance and compliment the specific masculine qualities in the natural environment.
The Goddess was an intregal part of the Neterian tradition and as in other African religions, the Godesses were

regarded as Supreme Beings in their own right. They were as respected
and elevated as the male divinities.
Often the Goddess Aset (Isis) is seen standing in her “position of power” which is “behind” her brother-husband Asar (Osiris). The female neter (emanation of divinity) stands behind the male neter as a symbol of “structural integrity” or a “strength 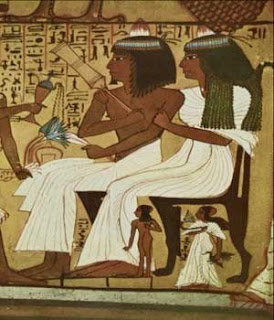 ened spine” and it is the origin of the adage, “behind every strong man is a strong woman.”

These aspects can never be seen as equal as we now understand the term, rather they were both essential. When reality is seen as a connected whole there can be no one force "better"
than the other, as they are all emanations of the divine. Equality in it's present sense infers sameness; this discounts the unique aspects of each manifestation. No one would say the earth is better than the sky, or that air is better than water.Likewise, no one could with any accuracy say they are equal.
If we pulled away from our planet and viewed it from space - air, water, fire, earth, living organisms, etc., would all be seen as one (planet). The hardened distinctions we make between different phenomena are all based on our own viewpoints and understanding, or lack thereof.
Published by Alan Dixon at 11:28 AM 27 comments:

"Where you going to get a better job than you get here?" I mean, this is what you say. 'I ain’t left nothing in Africa,' that’s what you say. Why, you left your mind in Africa." ~ Malcolm 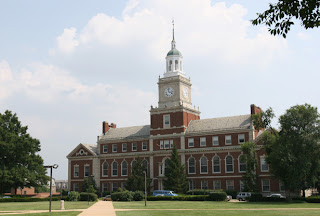 Howard University is in a critical phase right now. While many continue to question the need of HBCUs in this day and age, the University is going through an academic renewal, by which it is seeking to cut down on departments in order to strengthen other academic offerings. According to the Washington Post, the university is considering cutting its undergraduate programs in philosophy, anthropology, the classics and even African studies. 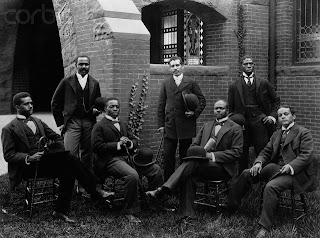 Although Howard’s intentions are in line with making the school more efficient financially and more focused academically, cuts to certain programs like undergraduate African studies raises questions as to how these changes will impact the identity and legacy of a college which defines itself as being in service to Black studies and Black students.

“Howard University has to demonstrate more than a symbolic commitment,” said Dr. Anthony Samad, professor of political science and African American studies at East Los Angeles College. “Getting rid of African studies is troubling from the perspective that colleges with large African American populations cannot be ignorant about Africa and claim they advance a total and complete global perspective. That’s a perpetuation of what has occurred in America’s study of Africa and the stereotypes that have 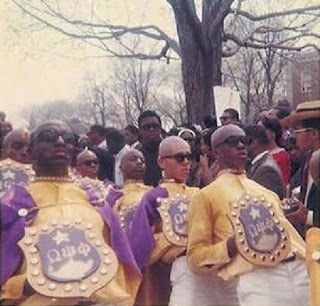 come out of an uneducated perspective. It’s like Harvard or Yale discontinuing the study of Europe. It just wouldn’t happen.”

At the same time Samad says that he appreciates the efforts of the school to do whatever it takes to heighten its productivity. “Howard is not a Black University. “It must keep current on global curricula that make its graduates competitive in the global space.” 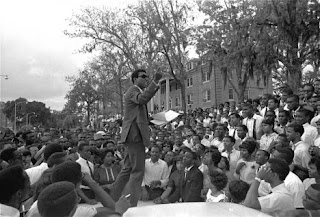 Howard, which is one of the top schools amongst the 105 HBCUs, is competing against not just other Black schools but the top schools in the country to recruit the top Black students. Although Howard is “the leading producer of on-campus African American doctorates and the nation’s only historically black institution identified as a first-tier “Re 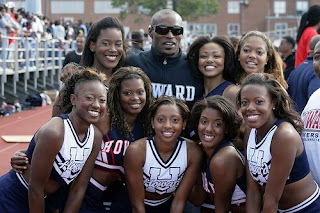 search I” university,” competition is stiff and administration believes that cutting down on its 171 programs will free up more resources to focus on its professional programs like that in medicine, law, dentistry and nursing as well as social work, psychology, business and pharmacology.

“You can’t do everything at once,” said Howard’s President Sidney Ribeau to the Washington Post. One of the 20 undergraduate programs on the chopping block is philosophy. Howard’s philosophy department is significant in that it represents the only philosophy department at a historically black college and a major source of Africana philosophy. A Save Howard Philosophy petition has attracted more than a thousand signatures according to the Post.

Students, past and present, have expectantly mixed reaction to the school’s evolution. “Change is not necessarily a bad thing,” said Queshia Bradley, a 2006 graduate of Howard. “As I understand it, the undergraduate programs that are being cut have a very low student enrollment. So why not reign in resources by cutting down the 171 programs Howard offers?” It will be interesting to see how matriculation will be affected by the changes, especially amongst those who value a liberal arts focus. “The other side of the coin is that [Howard may be] robbing these students of an experience just because their focus isn’t valued,” said Bradley. “Which raises the bigger question not just on how Howard is devaluing these programs, but how educational institutions generally support more tangible programs [like engineering and business]. 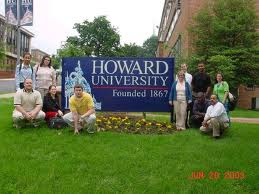 Spelman alumnus and cofounder of the HBCU site AUCAlumni.com, Tiffani Murray, believes that Howards’ remodeling is strictly a business decision and one that will help the institution remain strong and relevant for many years to come. “I think that the school could continue to operate and fund departments and professors that have a low enrollment, but at what cost?,” she asked. “We can look at some of the HBCUs that have closed their doors in the past decade and think that if some choices had been made differently or strategies employed they could still have students attending them. I think if it is a choice of making changes that will keep HBCUs in operation and competitive with mainstream schools that are attracting the same top students or keeping programs and the risk of the schools going into debt, the choice is clear.”
Published by Alan Dixon at 7:08 AM 7 comments:

The Day The Music Died 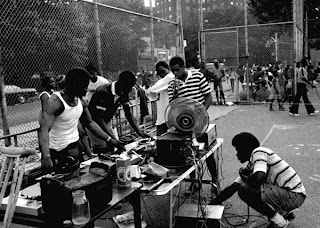 "The elders have ceased from the gate, the young men from their musick.
The joy of our heart is ceased; our dance is turned into mourning." 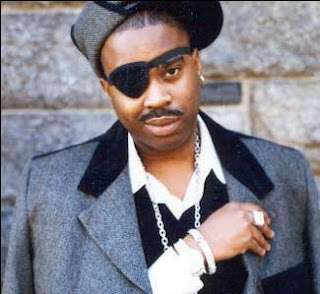 released during the Golden age of Hip Hop:

"Where has the real music﻿ gone? Don't hear music like this anymore."

"This IS﻿ REAL Hip-Hop. We Ain't got real Hip-Hop currently."

"Rap didn't only have a point back then, it made a strong lyrical statement that people had to read between the lines to know what it was. Now i'm hearing songs such as Swag by soulja boy that make absolutely no sense,﻿ he doesn't even say anything."

"I actually was born in 1994 but I LOVE this kind of music! All of this modern SHIT is just﻿ NOTHING compare 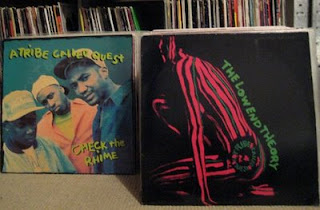 "take note, the difference between this music and the rap of today is the feeling. Just llisten to this song ,it evokes a kind of feeling that makes you think and ponder.

Not﻿ just dance and shake your ass to this but groove, nod your head to this."

"back﻿ when rappers went to college."


"1990 and still has more rhythm than﻿ the shit being released today."

"this is when music was jammin!! oh i﻿ wish i could go back to the old days!"

"Im only 18 and I listen to nuthin but the real stuff. My siblings are all in their late 20's and early 30's...I was exposed to this alot. I hate the non sense they put out today...My generation just cant appreciate﻿ anything but garbage."

"i miss these days. Kids now have NO IDEA what real hip hop is and never will. All that garbage that come sout now is so disposable, stuff like this is forever."

“I think you have emphasized too much the word Black. We’ve made the same mistake. Black tells you how you look but it don’t tell you who you are. The proper name of people must always relate to land, history and culture.”
~~~~~~~~~


Inner Civilization* on the use of the word "black":

"The truth is, race or color should be important to us only when we need it to be. Our blackness should not be the most important characteristic we use to identify ourselves. It may serve as an initial element in our identification, but this is not the criteria we should use to strengthen ourselves as a people. We should consider ourselves "black" in comparison to "whites” and that is all. Think: whites only refer to themselves as whites in the context of black-white relations. The remainder of the time they are simply "normal" human beings conducting their affairs within the legacy of the universal human condition experienced by all humankind. 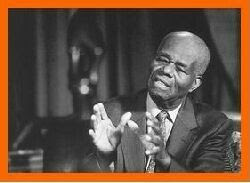 The focus on race, as we can see by our behavior today, does not necessarily strengthen our ties and obligations to each other as African Americans or as human beings. Kinship, tradition, a deep sense of community, culture, heritage, faith and determination---these are the elements that strengthen communities and give them texture.
Our skin color is important in the sense that it serves as a threshold on the path towards better understanding what our heritage is, where our homelands were, what our traditions and cultures are, and how our social ties and kinship should be structured. Quite unlike skin color, our culture and ties of kinship are aspects of our lives we have a choice in shaping; they are aspects that we can always improve upon. The way we choose to strengthen our culture, our spirits, and our family structure is up to our 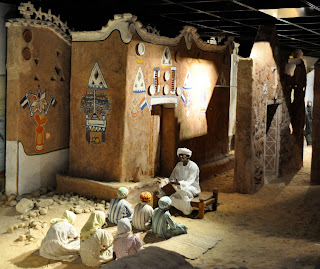 own determination and our own efforts. These are the elements of our existence that were lost upon our arrival in America. These are the essential factors of life that have concerned all people across the globe and throughout the ages. Dealing with these issues is what makes us human; it is what makes us know that we are really alive. Unfortunately these are the aspects of our life in America we have neglected the most. In other words we are humans being first and as healthy human beings it is critical that we maintain a significant connection with a common heritage, culture and structure of values."

*From the chapter Developing Black Thought.
Published by Alan Dixon at 8:00 AM 7 comments: 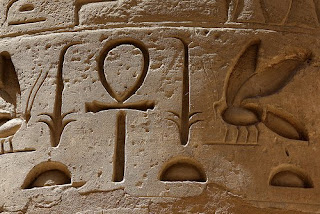 "Our purpose is what fuels the soul’s natural inclination toward certain activities which bring us a sense of deep fulfillment, satisfaction and peace. Our purpose is stored in our soul.
It is triggered by hardships, directed by love and is rooted in a desire to selflessly contribute to some form of evolution. 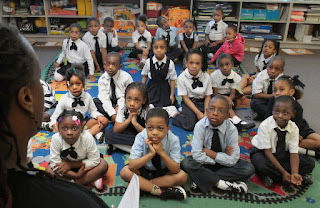 Because the purpose is a covenant between the soul and her Creator, it’s wiser to work at fulfilling it regardless of worldly standards. Human beings are encouraged to lose themselves in calculations and futile gain whereas their soul has a particular, urgent work to do before she returns to her Majesty." 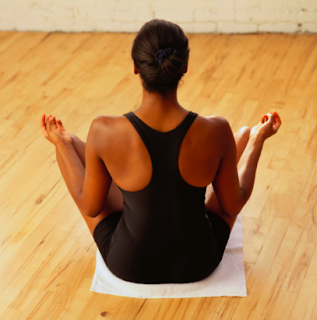