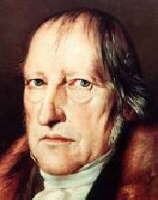 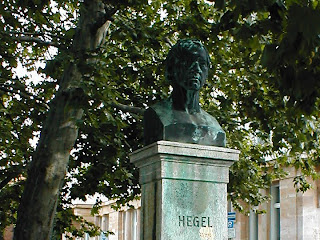 Georg Wilhelm Friedrich Hegel is considered perhaps the greatest of the German idealist philosophers. He was born at Stuttgart, Germany on August 27, 1770.
Many view Hegel's thought as a representation of the summit of early 19th century Germany's movement of philosophical idealism. His thought would come to have a profound impact on many future philosophical schools, including Existentialism, the historical materialism of Karl Marx, historicism, and British Idealism.

Hegel's influence was immense both within philosophy and in the other sciences. Throughout the 19th century many chairs of philosophy around Europe were held by Hegelians, and Kierkegaard, Feuerbach, Marx, and Engels--among many others—were all deeply influenced by, many of the central themes of Hegel's philosophy. 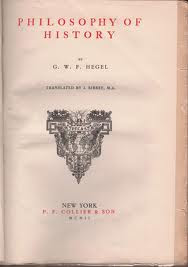 But Hegel was racist. Below are direct quotes from his widely read work, The Philosophy of History:

"In Negro life the characteristic point is the fact that consciousness has not yet attained to the realization of any substantial objective existence—as for example, God, or Law—in which the interest of man’s volition is involved and in which he realizes his own being."

"The Negro, as already observed, exhibits the natural man in his completely wild and untamed state. We must lay aside all thought of reverence and morality—all that we call feeling—if we would rightly comprehend him; there is nothing harmonious with humanity to be found in this type of character." 1 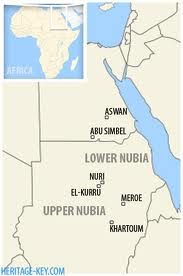 "At this point we leave Africa, not to mention it again. For it is no historical part of the World; it has no movement or development to exhibit. Historical movements in it—that is in its northern part—belong to the Asiatic or European World. Egypt will be considered in reference to the passage of the human mind from its Eastern to its Western phase, but it does not belong to the African Spirit." 2
1. G.W.F. Hegel, The Philosophy of History, trans. J. Jibree. New York: Dover, 1956, p.93.

All I can say is: Whoa! This is some real ignorant shit this man espoused. "Nothing harmonious with humanity to be found in this character"? I guess not since his elk had already raped and pillage the African lands of any bearings of it.