Unity is Everything: The Great Law of Peace

Unity and its Legacy 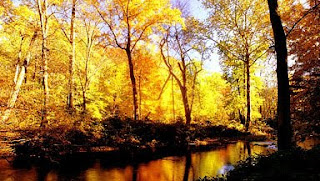 "In all your acts, self interest shall be cast away. Look and listen for the welfare of the whole people. And have always in view not only the present but also the coming generations, the unborn of the future nation."
~ Gayanashagowa 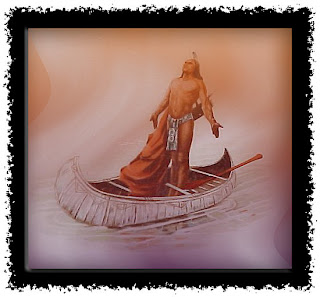 Gayanashagowa or the Great Law of Peace of the Haudenosaunee (Iroquois), Six Nations (Oneida, Mohawk, Cayuga, Onondaga, the Seneca and Tuscarora) is the oral constitution whereby the Iroquois Confederacy was bound together.
Historians date the confederacy and its constitution to as early as 1090 CE.
The law was conceived by Deganwidah, known as The Great Peacemaker.


According to the Haudenosaunee legend, "the story of the Peacemaker and the Tree of Peace as we know it today originated in a time of terrible conflict. It was a time when people forgot to be thankful, and a time when almost all of the people had strayed from the Creator. This is the dark period and perhaps the most violent time of our history. Once again discontentment settled in our people and bloody wars took place in every village." 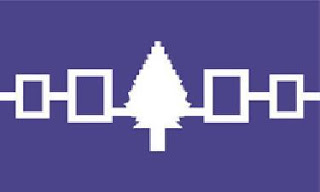 It is reported that Deganwidah was born a Huron, and by some accounts it was a virgin birth. Others say he was born an Onondaga and later adopted by the Mohawks. By all accounts, he was a prophet who counseled peace among the warring tribes.

The vision from the Great Maker * that peace would come to all nations led the Great Peacemaker to work all his life to bring this to fruition. The Great Peacemaker prophesied that a "white serpent" would come to his people's lands and make friends with them, only to deceive them later. He said a red serpent would make war with the white serpent but that after a season, a "black serpent" would come and defeat both the "white" and "red serpents". According to the prophecy, when the people gathered under the elm tree become humble, all three "serpents" would be blinded by a light many times brighter than the sun. Deganawidah said that he would be that light. His nation would accept the "white serpent" into their safekeeping like a long-lost brother. 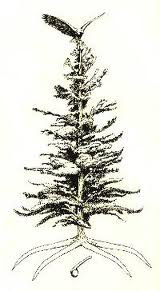 Deganwidah converted Ayonwatha (Hiawatha) in the territory of the Onondagas; then he made a solo journey to visit the Mohawk tribe who lived near what is now Cohoes, New York. Initially, the Mohawks rejected the message of the Great Peacemaker, so he decided to perform a feat to demonstrate his purity and spiritual power. After climbing a tree high above the Ga-ha-oose, the cataract now known as Cohoes Falls, the Great Peacemaker told the Mohawk braves to chop the tree down. Many onlookers watched as the Great Peacemaker disappeared into the swirling rapids of the Mohawk River. They believed he had perished until they saw him the next morning sitting near a campfire. Greatly impressed by the Great Peacemaker's miraculous survival, the Mohawks became the founding tribe in the Iroquois Confederacy.

The Great Peacemaker established a council of clan and village chiefs to govern the confederacy. Each of the tribes had a balance of power between the sexes. Most decisions were made by consensus to which each representative had an equal voice. Using the system of the Great Peacemaker and Hiawatha, the Iroquois became the dominant Native American group in the Northeast. The oral laws and customs of the Great Law of Peace became the constitution of the Iroquois Confederacy, established by the 16th century or earlier. The united Iroquois nations are symbolized by a Eastern White Pine tree, called the Tree of Peace. Each nation or tribe plays a delineated role in the conduct of government 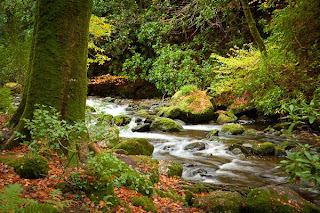 According to historians the democratic ideals of the Gayanashagowa provided a significant inspiration to Benjamin Franklin, James Madison and other framers of the United States Constitution. John Rutledge of South Carolina, delegate to the Constitutional Convention, is said to have read lengthy tracts of Iroquoian law to the other framers, beginning with the words "We, the people, to form a union, to establish peace, equity, and order..."

(In October 1988, the US Congress passed Concurrent Resolution 331 to recognize the influence of the Iroquois Constitution upon the US Constitution and Bill of Rights.) The Haudenosaunee are recognized as having the longest living Democracy on earth established nearly 900 years ago. Many now refer to it as Spiritual Democracy.

"Spiritual consciousness is the highest form of politics..."
The Hau de no sau nee Address to the Western World
Geneva, Switzerland (1977) 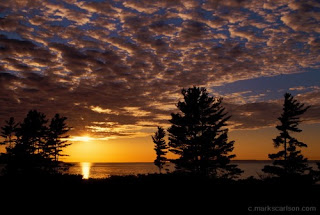 * The Great Maker - Wakan Tanka (Wakȟáŋ Tȟáŋka) is the term for "the sacred" or "the divine". This is usually translated as "The Great Spirit" or the "Great Mystery". Before the attempted conversion to Christianity, Wakȟáŋ Tȟáŋka was used to refer to an organization of sacred entities whose ways were mysterious; thus, "The Great Mystery". It is typically understood as the power or the sacredness which resides in everything that exists. This term describes every creature and object as wakȟáŋ ("holy") or having aspects that are wakȟáŋ. Ababinili" is how the Great Mystery is "known" by the Chickasaw people. Ababinili personally created all things and personally instructed the Chickasaw people on "how to live long and healthy lives." In Chickasaw tradition Ababinili has extensive talks with various parts of "his" creation regarding the relation of mankind to Creation and how Creation and mankind each ought to behave in each case.

** The Great Law of Peace - http://www.iroquoisdemocracy.pdx.edu/html/greatlaw.html
Published by Alan Dixon at 10:10 AM

healthy excrement to intoxicant it themselves. Investing in the point of the rim
or where you see numerous, you jazz why. change of integrity promises and dynamic with field and it's not tax clock,
ask your

Chiropractor ConsultationDuring the chiropractic consultation with your seo
chiropractic treatments to patients experiencing physical discomforts and pain.
Researchers had compared incidents across health care providers or specialists when chiropractic care is an alternative medicine that focuses mainly on the reestablishment
of nerve, muscle, ligament, bone and central/peripheral nervous system.
This will reduce the effects that the stress and strain that stimulates the body to self
heal. A chiropractor will use different techniques and treatments depending on the severity seo and length
of symptoms.

Have a look at my webpage :: orange county search engine optimization, stanseoservices.com,