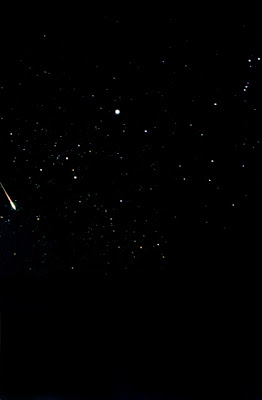 We come from the darkness, and within the darkness, or blackness, lies infinite energy. Scientists are now discovering that
dark matter and dark energy keep the universe in balance. Dark matter is matter that neither emits nor scatters light and so can't be seen. Its existence is inferred from gravitational effects on visible matter. Dark energy is a form of energy that permeates all of space and tends to increase the rate of expansion. More is unknown about dark energy than is known. 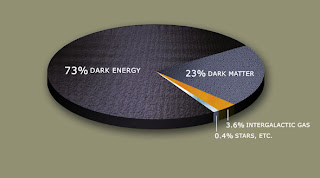 "We know how much dark energy there is because we know how it affects the Universe's expansion. Other than that, it is a complete mystery."~ NASA.

Years ago, just as people once thought the world was flat, it was once believed that the vacuum was actually empty. However, there exist quantum vacuum fluctuations or virtual particles. These are particle-antiparticle pairs that come into existence in otherwise empty space for very brief periods of time. Even though we can't see them, we know that these virtual particles are "really there" in empty space because they leave a detectable trace of their activities. One effect of virtual photons, for example, is to produce a tiny shift in the energy levels of atoms. They also cause an equally tiny change in the magnetic movement of electrons. Many scientists now believe that the entire universe might be a massive quantum vacuum fluctuation. 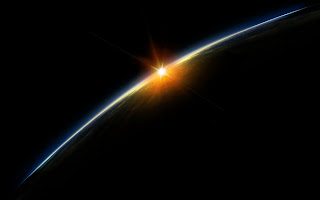 Less than 60 years ago scientists thought that the universe consisted only of our Milky Way cluster, then it was discovered that millions of such galaxies exist, now it is understood that we only see a small sliver of the universe and that 96% of it consists of dark matter and dark energy - blackness.


So the darkness always was. According to Genesis, God said, "Let there be light: and there was light."


The Holy Qur'an calls it “triple darkness.” It is layers of darkness, but, in that darkness is the power to create life. In that darkness there is the germ of light - as in the womb.

"He creates you in the wombs of your mothers-- a creation after a creation-- in triple darkness; such is Allah your Lord, His is the kingdom; there is none but he; whence are you then turned away?"
(H. Qur'an 39:6)

In Ancient Kemet (Egypt) this realm was understood to be the Duat - enshrouded in the deepest darkness. This realm was understood as having no growth, no birth no death and no passage of time, just eternity. This deepest and most dark realm of the Duat is Asar (Osiris) , himself. This is why Asar is referred to as the "Lord of the Perfect Black" and is often depicted as being black of hue. Spiritually when one can reach this level of consciousness where there are no thoughts in the mind, it becomes calm, expansive and peaceful. If the mind eradicates its desires, cravings and illusions, then it becomes aware of the innermost reality and realizes its connection to the entire cosmos. It is a transcending of all experiences definable by ordinary conceptualization or perception. From a higher level of understanding, the Duat represents the unconscious mind and Asar is that level which transcends the thinking process.1 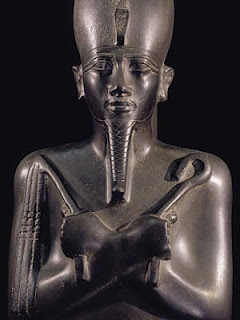 So it's all about blackness. This is our inheritance. We are direct descendants of the darkness; the stars and the very atoms of our bodies burst from it billions of years ago. We are descended from the darkness, and from us all others descended. Beyond a mere "color", we represent the expanse of the universe- its infinite energy potential, its creative power and its wisdom. Let's embrace ourselves for the good of all.


"And the people stood afar off, and Moses drew near unto the thick darkness - where God was".
~Exodus 20:21