Over 7,000 years ago in Ancient Kemet, the One, the Divine Force or Power of Creation, was called Netdjer. The Kemetian myths of creation presented the many entities of the cosmos, world and man as being emanations from this Divine force which was and is formless, concealed, unrevealed.

Max Karl Ernst Ludwig Planck, (April 23, 1858 – October 4, 1947) was a German physicist who discovered quantum physics. He is regarded as the founder of quantum theory, for which he received the Nobel Prize in Physics in 1918. 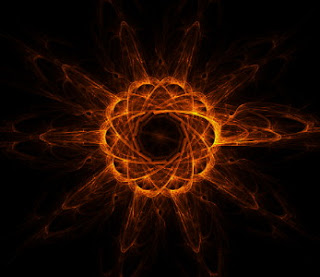 During his acceptance speech he made the following statement:

"As a man who has devoted his whole life to the most clear headed science, to the study of matter, I can tell you as a result of my research about atoms this much: There is no matter as such. All matter originates and exists only by virtue of a force which brings the particle of an atom to vibration and holds this most minute solar system of the atom together. We must assume behind this force the existence of a conscious and intelligent mind. This mind is the matrix of all matter. "

"All is within yourself. Know your most inward self and look for what corresponds with it in nature."
~ Kemetian Temple Inscription (translated by R. A. Schwaller de Lubicz)
Published by Alan Dixon at 12:19 PM