John Wayne is an American and worldwide film icon, famous for his distinctive voice, stature and his walk. He has been named by the American Film Institute (AFI) as the 13th among the Greatest Male Stars of All Time. He was also a racist, white supremist. 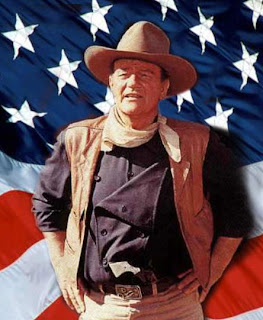 "I believe in white supremacy until the blacks are educated to a point of responsibility. I don’t believe in giving authority and positions of leadership and judgment to irresponsible people."
~ John Wayne, Playboy intereview 1971.

We could, of course, analyze the absurdity of this statement, but rather than wasting our time let's get to the point.  The purpose of this article is not so much about dragging John Wayne's name through the mud (I actually liked "Rio Bravo", btw), rather, this is more about way John Wayne is viewed in America.

"We knew him on the big screen as the cowboy ... the co-pilot ... The Green Beret colonel. But the private John Wayne stood just as tall as the characters he played."
- CBS, Sunday Morning 10/2/11.


This is an example of institutional racism in it's most clear form. John Wayne is an icon and an indellible symbol of America. But he is also a racist. And America will not remove him from their pantheon of heroes...because America is racist. [Is there any another logical conclusion to draw?]

Maybe John Wayne was just saying this to help the Republican party. But what is the Republican party if not a well polished racist organization? This a party that, after the civil rights era, established the 'Southern Strategy'  using its political cover to harbor former Dixiecrats and Klansmen.   Ahh, but we have a choice,  we don't have to vote for Republicans- again this exposes the way racism works in America.
Our "choice" is between a party with a history of supporting and harboring open racists and still maintains the same policies and attitudes under a thin veneer of race neutrality, or a party that is more inclusive but no less 'American'. Is that a choice? And then, to add insult to injury, we are disparaged for being on the "democratic plantation" when we exercise this lack of a choice and vote democrat. 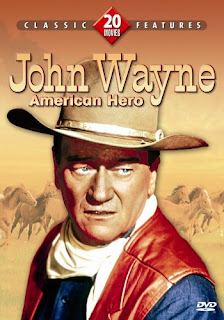 Wayne remains a hero. Here is the heart of the issue,  good or bad, this country retains the privilege to hold up their heroes, but doesn't hesitate to use the media, history books etc. to criticize, character assasinate or malign ours. Those who stand up for us are all too often attacked and labeled; "the anti-semitic Farrakan", "the ex-criminal, demogogue Malcolm X",  the controversial Spike Lee or they are largely ignored as in the case of Marcus Garvey.
I mean, John Wayne isn't even considered controversial.
Yet America will tell us things are fair and even. They point to equality in representation in certain visible areas of businesses, politics and sports and entertainment. When the subject comes up, we are told to look at President Obama as a symbol of equality. It was Ralph Bunche in the '50's, Thurgood Marshall in the '60's, Michael Jackson in the '80's, and Colin Powell in the '00's. And there are many other places we are told to look, all except the areas that really count, like influence and control of the media, land ownership and ownership of corporate and financial power. Look up the numbers in those areas.  If equality isn't thorough, it's not equality; it just appears to be equality.

Clearly what John Wayne said is in the past. Why bring up the past?
Because it has never been adequately addressed and remedied. If a college professor writes in large letters on his blackboard "I hate Blacks"; then comes in the next day and says he no longer feels that way, but doesn't erase blackboard - semester after semester, how would black people in his class feel looking at that everyday? How should the professor be percieved?

If you continue to sweep everything under the rug, you end up with a very lumpy rug and how long can you expect to convince people that a lumpy rug is even? [And just for the record,  for those who believe it's legitimate for us to be told to forget the past and move on with our lives-looking to the future- who says remembering the past and moving ahead are mutually exlusive anyway?? If that's the case, someone tell it to history students and  college professors throughout the nation. Tell it to physicists who first learn about the theories of Newton, Copernicus and Faraday before learning what Einstein, Bohr and Planck discovered.] 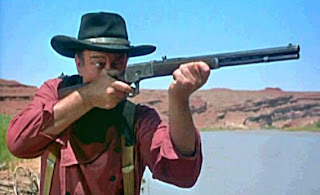 
For years American Indians have played an important—if subordinate—role in your Westerns. Do you feel any empathy with them?
WAYNE: I don’t feel we did wrong in taking this great country away from them, if that’s what you’re asking. Our so-called stealing of this country from them was just a matter of survival. There were great numbers of people who needed new land, and the Indians were selfishly trying to keep it for themselves.”

[For the record: there existed between the Native Americans and European settlers a critical difference in world view. Far from being selfish, Native Americans didn't believe they could sell the land they lived on because it wasn't theirs to sell. It belonged to the Great Spirit and their role was to protect it. Rather than the land belonging to them, they belonged to the land. It was their mother - out of which they arose. And they weren't inclined to sell their mother any more than we would be inclined to sell ours today; especially to those who were driven to plunder and ravage 'her'. Today, we more clearly see the power of their world view - they paid the ultimate price to protect it. We should honor them for it.]

John Wayne was awarded the Congressional Gold Medal on May 26, 1979 in recognition of his iconic status.  Among the many stars and other notables testifying on his behalf, Robert Aldrich, president of the Directors Guild of America, said, in part, "...Becasue of his courage, his dignity, his integrity, and because of his illustrious career, he is entitled to a unique spot in our hearts and minds. ..." At the suggestion and request of his costar in many films, and his friend, Maureen O'Hara, the medal is inscribed "John Wayne, American."

In June of 1980, John Wayne was also awarded (posthumously) the Presidential Medal of Freedom.
~~~~~~~ 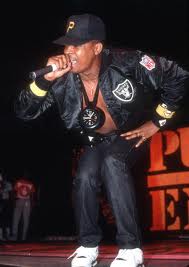 "Elvis was a hero to most
But he never meant sh*t to me,
you see
Straight up racist, that sucker was
Simple and plain
mother f*ck him and John Wayne"