“…We believe in the self-determination of all peoples…”
~ Marcus Garvey. 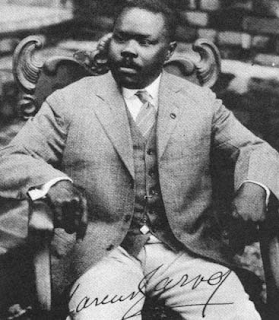 What makes some so eager to please? Why is there never a short supply of ‘800’s?

Marcus Mosiah Garvey was a man who lived a life with a mission. Although his journey may have seemed impossible, his never-ending strength and dedication caused many people’s dreams and wishes to become realities.
Garvey advanced several ideas designed to promote social, political and economic freedom for black people, including launching the Black Star Line Steamship Corporation and its successor company the Black Cross Navigation and Trading Company. Convinced that uniting black people was the only way to improve their condition, Garvey launched the Universal Negro Improvement Association and African Communities League (UNIA), becoming president. The association sought to unite "all the people of African ancestry of the world into one great body to establish a country and Government absolutely their own." A weekly newspaper, the Negro World, was produced by Garvey to discuss issues related to the UNIA.

"Behind the murder of millions of Negroes annually in Africa is the well organized system of exploitation by the alien intruders who desire to rob Africa of every bit of its wealth for the satisfaction of their race and the upkeep of their bankrupt European countries." - Marcus Garvey

Federal agents, in collaboration with the New York City police, had begun to report on Garvey's speeches as early as 1917. But as Universal Negro Improvement Association membership and the circulation of The Negro World newspaper expanded in 1919,  J. Edgar Hoover himself targeted Garvey. Referring to Garvey as a "notorious negro agitator," a young Hoover zealously set about to gather damaging evidence on Garvey and his growing movement. According to historian Theodore Kornweibel, "Hoover and the Justice Department were clearly hooked on a fixation on Garvey which would before long become a vendetta."

Hoover had relied on part-time black informants to track Garvey's movements and U.N.I.A. activities. But in December 1919 his determination to go after Garvey led Hoover to hire the first black agent in the Bureau's history.
The first black agent's name was James Wormley Jones, known as Jack Jones. He was known by the code number "800". "His job," says Kornweibel, "was to go into Harlem and to infiltrate the Garvey movement and to try and find evidence that could be used to build the legal case for ultimately getting rid of Garvey." He engendered the trust of the UNIA leadership to such an extent that he was able to gain responsibility for registering all incoming correspondence. His access to UNIA correspondence along with his position as Adjutant General in the African Legion where essential in enabling his information gathering activities.

Over the next five years, largely under Hoover's direction, Bureau of Investigation officers would report on U.N.I.A. activities in over two dozen cities and pursuit of Garvey would broaden to seven other federal agencies. "They were going to find some way of getting rid of Garvey because they feared his influence," Kornweibel says of Hoover and his government colleagues. "They feared the hundreds of thousands, the masses of blacks under his influence. 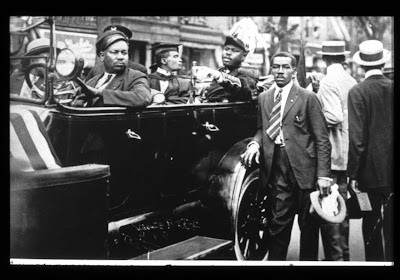 According to historian Winston James, "They sabotaged the Black Star Line.  The engines... of the ships were actually damaged by foreign matter being thrown into the fuel."
800 was not the only one.  Hoover had placed agents closer to Garvey than anyone at the time could have imagined. As he and the U.N.I.A. increasingly came under attack from internal dissenters, black critics, and the federal government, one of the few people Garvey confided in was Herbert Boulin, the owner of a Harlem-based black doll company. What Garvey didn't know is that Boulin was an informant for J. Edgar Hoover, known by the Bureau as Agent P-138 .

With the goal of deporting Garvey, Hoover conspired with Edwin P. Kilroe; District Attorney for the county of New York. Hoover wrote a memo suggesting that investigators pursue the idea of prosecuting Garvey for fraud, in connection with his Black Star Line activities. Kilroe began an investigation into the activities of the UNIA, but found no evidence of wrong-doing or mismanagement. On October 14, 1919, Garvey was shot 4 times by his former employee, George Tyler.  Tyler pulled out a gun and shot Garvey in the right leg and head. Tyler admitted that he had been sent to murder Garvey by Edwin Kilroe. The next day George Tyler, ‘committed suicide’ in a Harlem jail before being taken to court to be arraigned.

It is also undisputed that the NAACP offered "assistance" to the government in the signature of two NAACP officers on a group letter to the Attorney General urging a speedy prosecution of Garvey. Even the judge presiding over the mail fraud case, Julian Mack, was a board member of the NAACP, which instigated Garvey's deportation.  Mack was the first President of the American Jewish Congress, and ironically was also president of the Zionist Organization of America from 1918 to 1921. 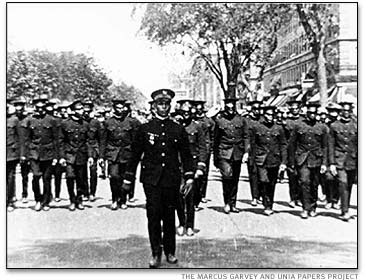 J .Edgar Hoover , on October 11, 1919, would write to his supervisor, “[u]nfortunately, however, he (Garvey) has not as yet violated any federal law whereby he could be proceeded against on the grounds of being an undesirable alien, from the point of view of deportation. It occurs to me, however, from the attached clipping that there might be some proceeding against him for fraud in connection with his Black Star Line propaganda and for this reason I am transmitting the communication to you for your appropriate attention.”

So, after years of persistence, on January 12, 1922, the FBI under J. Edgar Hoover arrested Garvey of mail fraud and stock irregularities related to the Black Star Line.
He was later deported in 1927. Garvey died of a stroke in London, England, 1940. 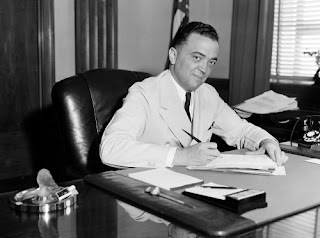 Garvey would go on to inspire the rise of Noble Drew Ali, The Nation of Islam, Malcolm X, The Five Percent Nation of Gods and Earths, The Black Panthers and the Rastafarian movement and Hoover would work against them all – using the same old tactics with new generations of shameless black  informants.


“Look for me in the whirlwind or the song of the storm; look for me all around you.” – Marcus Garvey 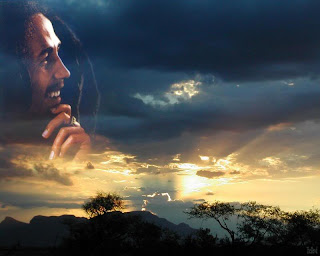 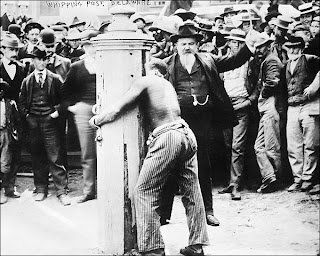 There are also observations such as:

"In America we try to obliterate the past. You don't often see the lasting impact of slavery discussed in American society. Fox News and MSNBC ain't talking about how the legacy of slavery continues to affect us today. Instead, we are told to forget the past."
~ Slavery & The Writing of Black History, Blogspot.

In fact, the whole post-racial idea seems to stem from a deal where black people will recieve future rewards in return for letting go of the, often ugly, past.  In the February, 2008  New Yorker article by Peter Boyer, which first coined the term "post-racial", we find this quote: "[t]he wish for a post-racial politics is a powerful force, and rewards those who seem to carry its promise." He goes on to say, "the post-racial era, as embodied by Obama, is the era where civil rights veterans of the past century are consigned to history and Americans begin to make race-free judgments on who should lead them."

The idea is that in order to fully immerse ourselves in a future that includes technological advances, business synergy and complete political integration, we have to move on and forget the past.
But who else does this? What other (healthy) people intentionally up and forget their past? Where else is this ever done? Does any history matter? 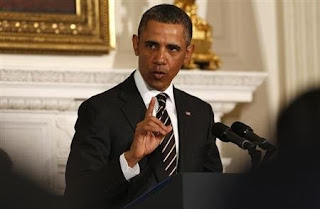 Of course it does. In Washington D.C., we walk along the national mall and can't help but notice the huge marble buildings; the Lincoln Memorial,  the Washington Monument, the Jefferson Memorial, the World War ll Memorial, etc. Why are those buildings there? So Americans don't forget their past -and loose their way.
Look in any science textbook discussing Quantum Physics and you are sure to find a history explaining how scientists got there theoretically- from Newton's universal law of gravitation to Einstein's theory of relativity. How would it even be possible to know what future issues science needs to resolve without knowing the questions still unanswered from the past?
Imagine Great Britian moving forward and forgetting it's past. It would have to forget Shakespeare, its long monarchy, its courageous stand against Nazi Germany's blitzkrieg and the fact it has never been conquered by any foreign force. Great Britain's past is part of its identity, part of its pride. It is intricately intertwined with them, as is ours.

If the past can be so easily discarded and dismissed why is there no statute of limitations on murder? Why can't the perpetrator say, "oh that was in the past...let's forget about it."  If the way forward is based on forgetting the past, why do we even have history departments and history professors in every university?  How compelling could a movie be if we don't know the events that motivate the main character- his backstory, his past?
History is inextricably intertwined with identity, self-awareness- and the present.

Yet, we are being told to forget slavery. Maybe we do need to forget slavery, considering it only comprised a small fraction of our whole past. We do have over 6,000 years of recorded history wherein we built our own idependent societies and civilizations. In fact, we did try to forget slavery - directly after emancipation. That's what the Reconstruction was! It was supposed to be over then. We were willing to let bygones be bygones but Southern whites didn't want us to forget that we were slaves. And after 1877 the North let them beat, starve, torture and terrorize us until we deeply remembered. 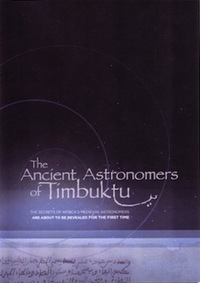 Now, 100 years later, we are supposed to forget again. Of course, any psychologist worth his or her salt will assert that letting go of past injuries is essential to enjoying a healthy future; but those injuries have to first be consciously acknowledged. We don't even know the nature and full extent of slavery, because it has been glossed over in schools and usually given an apologists narrative elsewhere. We generally don't know about the seasoning, or 'breaking-in' period that took place in the Carribean before slaves were shipped to the North American Colonies; we don't know much about the cold blooded, arbitrary murders of children, or the psychological tactics slave owners and the society used to sow seeds of mistrust, dependence and fear within us (many of which are still in use today).

Also, if we don't properly understand our past, we will end up participants in the ultimate cover-up of our own ongoing suppression. Maybe this is the source of the problem. The problem may be who, exactly, is suggesting that we forget our history. It may very well be that it's wise to let go of the injuries of the past, but that's not for those who inflicted those injuries or benefitted from those injuries to determine. That's the same as if someone punches you in the face, then 3 minutes later tells you, you need to let go of the past. That's not for that person to say even 3 hours later or 3 years later - if the harm has never been adequately redressed. This is the source of the absurdity...the injuries have never been adequately redresssed. But that's another blog.
Our history was wiped away once when we arrived on these shores, now we're being asked to forget it again. But this is not how any civilized people proceed. 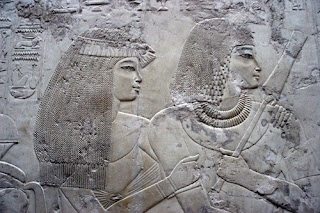 So what we need is to take ownership of the narrative of our past in general, and slavery in particular. The more we know about our ancestors, the more we'll be able to recapture their hopes and their dreams and we'll realize we cannot fail them - in the future.


"In this great future, you can't forget your past,
so dry your tears, I say. "