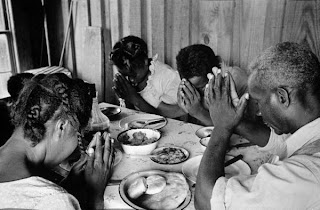 "For my people everywhere singing their slave songs repeatedly:
their dirges and their ditties and their blues and jubilees,
praying their prayers nightly to an unknown god,
bending their knees humbly to an unseen power;

For my playmates in the clay and dust and sand of Alabama backyards playing baptizing and preaching and doctor and jail and soldier and school and mama and cooking and playhouse and concert and store and hair and Miss Choomby and company; 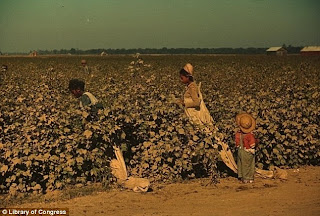 For the cramped bewildered years we went to school to learn to know the reasons why and the answers to and the people who and the places where and the days when, in memory of the bitter hours when we discovered we were black and poor and small and different and nobody cared and nobody wondered and nobody understood; 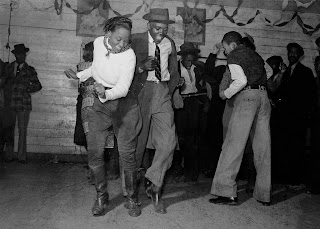 For the boys and girls who grew in spite of these things to be man and woman,
to laugh and dance and sing and play and drink their wine and religion and success,
to marry their playmates and bear children and then die of consumption and anemia and lynching; 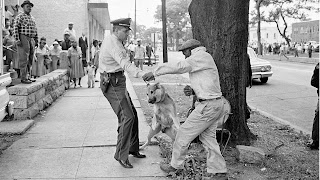 For my people thronging 47th Street in Chicago and Lenox Avenue in New York and Rampart Street in New Orleans, lost disinherited dispossessed and happy people filling the cabarets and taverns and other people’s pockets and needing bread and shoes and milk and land and money and something—something all our own; 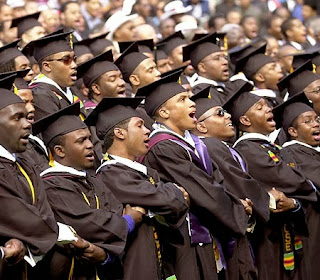 For my people walking blindly spreading joy, losing time being lazy, sleeping when hungry, shouting when burdened, drinking when hopeless, tied, and shackled and tangled among ourselves by the unseen creatures who tower over us omnisciently and laugh; 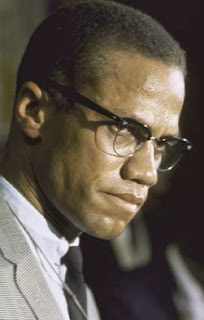 For my people blundering and groping and floundering in the dark of churches and schools and clubs and societies, associations and councils and committees and conventions, distressed and disturbed and deceived and devoured by money-hungry glory-craving leeches, preyed on by facile force of state and fad and novelty, by false prophet and holy believer; 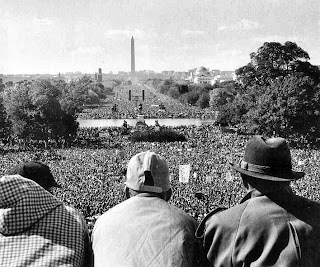 Let a new earth rise. Let another world be born.
Let a bloody peace be written in the sky.
Let a second generation full of courage issue forth;
let a people loving freedom come to growth.
Let a beauty full of healing and a strength of final clenching be the pulsing in our spirits and our blood. Let the martial songs be written, let the dirges disappear.
Let a race of men now rise and take control. “


For My People” from This is My Century: New and Collected Poems. Copyright © 1989 by Margaret Walker.
Published by Alan Dixon at 9:37 AM 12 comments: