We Are A People: 'Asabiyyah' 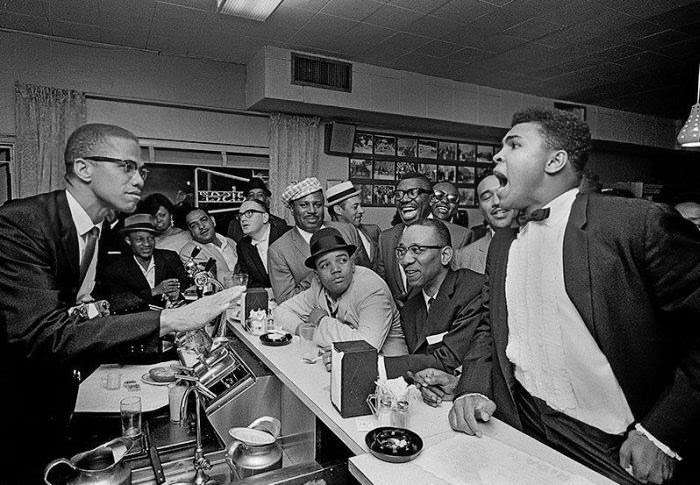 There is a trend among those who study African history or Afrocentric ideology to view Islam or any one who is Muslim as not truly African or one controlled by outside belief systems. This of course sounds a little absurd considering individuals like Malcolm X, Khalid Muhammd, Muhammad Ali, Cheik Anta Diop etc., were all at the vanguard of black self determination and progress- and were Muslim.
At the same time there are currently black (mainly Sunni "Orthodox") Muslims who do follow 'Middle Eastern' dictates in terms of how they dress, eat, walk, talk, greet, etc., by way of the Hadith (believed sayings and actions of the prophet Muhammad). 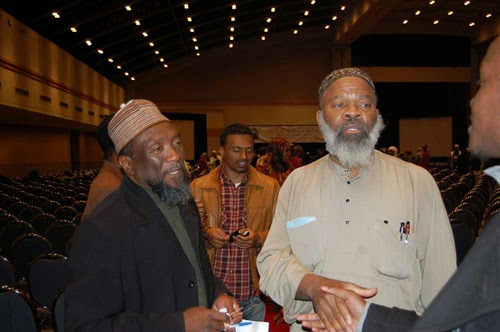 So what's at the bottom line of all this?
What is the concern of those in the 'conscious Afrikan centered community'?

At the end of the day the question isn't really whether the Prophet Muhammad was black or if Islam originated in Arabia, or whether the original Arabs were black or not 1; the real question is, when push comes to shove which side will these brothers and sisters be on? Is their loyalty more with Islam or with their own black people?
Currently, most orthodox Muslims are being encouraged by Sunni or Arab scholars to abandon their 'nationalism' and join the single, world community of Islam. The stated position in this campaign is that 'Nationalism is Haram (prohibited) according to Islam.'
They are interpreting nationalism as 'Asabiyyah' (tribalism).

This is the Hadith they have been circulating to support this view:
'It is narrated by Abu Daud that the Messenger of Allah (s.a.w) said, "He is not one us who calls for `Asabiyyah, (nationalism/tribalism) or who fights for `Asabiyyah, or who dies for `Asabiyyah." 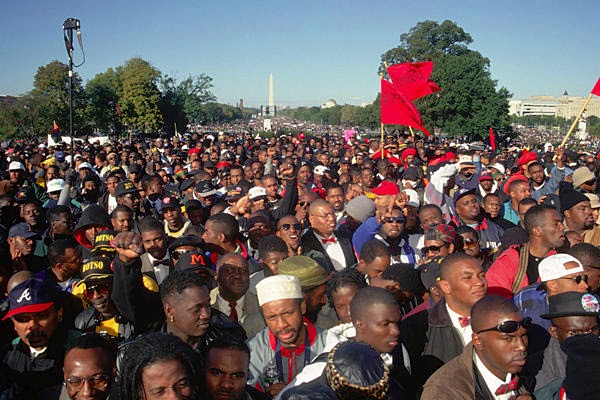 But what does Asabiyyah really mean? Is it so bad? Aren't there Iraqi, Somali, Hausa, Iranian, Morrocan, Ethiopian (Harari) muslims and others across the globe who are proud of their heritage and their national identity?

The Quran also says, HQ 49:13 "O mankind, surely We have created you male and a female, and made you nations and tribes that you may know each other; surely the most noble of you with Allah is the one among you most careful (of his duty); surely Allah is Knowing, Aware."

So why would the Sunnis have us not identify ourselves as nations and tribes if Allah says in the Qur'an he made us into nations and tribes, so we may know each other? If we all blend together as one, indistinguishable group how can we know each other?
What really is Asabiyyah? Is it nationalism to love one's own people? It has been related that this was actually asked of the prophet Muhammad in his lifetime.

It was related; "(O Prophet), is it tribalism for a man to love his people?, and he said: ''No, tribalism is to support your people in an injust cause." [Ahmad]

Moreover, Bint Waathilah Ibn Al-Asqa'  narrated that she heard her father saying: "I said: 'O Prophet of Allah, what is tribalism?’ He replied: 'It is to help your people in an injust cause."

This is actually excellent guidance not only for Muslims, Afrocentrists, or Black Nationalists but for black people in America as a whole.

The Arabic word, Al-'Asabiyyah, is derived linguistically from the word Al-'Asab, which means holding or encompassing. 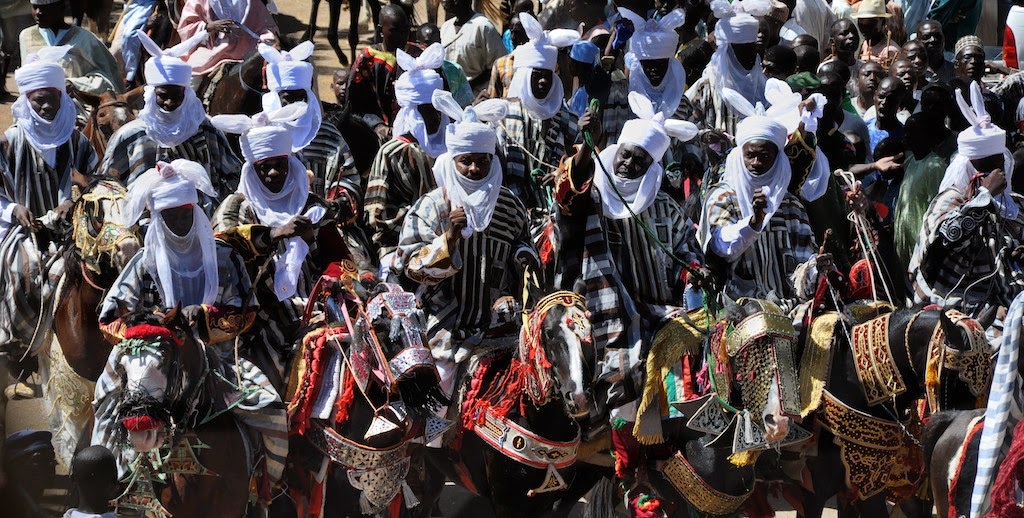 It is a 'bond'; a sense of kinship,  as felt between family members. Ibn Khaldun, historian and founding father of modern sociology, developed a whole concept of asabiyah, or "social cohesion".
He stated this bond, Asabiyyah, exists at any level of civilization, from nomadic society to states and empires. It was seen as similar to the modern idea of social capital arising in social networks. It is cohesiveness, compassion, unity.

This is one thing black people in America can stand to increase - social cohesion, especially in the face of a nationwide media outcry against racism. Somehow the need to maintain a sense of unity and cohesion among black people (in the face of discrimination and racism) has been viewed as racism itself. We're at a point where many of us feel it is more noble to submerge or abandon our love of each other for a "higher love for all mankind regardless of color."

But as we see with the statement by the prophet Muhammad, loving one's own people and embracing mankind as a whole do not have to be mutually exclusive. Asabiyyah isn't about race or color. It's about kinship based on shared experiences and a shared homeland. It's no different than someone thinking if you are a Yankee fan and love the Yankees, you cannot at the same time be an American and love your country. Or if you are a member of the Johnson family and love your people you cannot love other black people as well. This is all just that ridiculous. 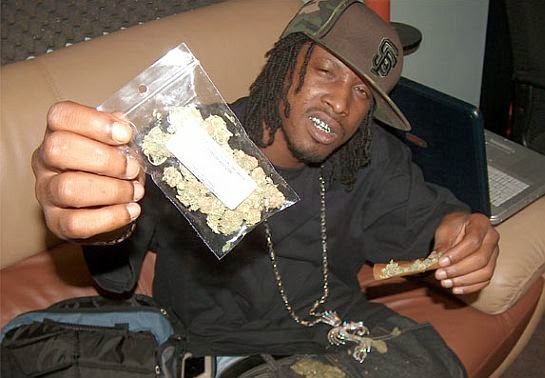 The other helpful aspect is in the wisdom of the Prophet Muhammad's statement - that tribalism is to help your people or support them in an unjust cause. This serves as a great place to draw the line in our support of 'blackness'. This means we don't have to support every silly, ignorant, self destructive type of behavior in our community just because it's considered 'black'. If it's unjust or if it harms us as a whole, we can safely say we don't support it…and still, or rather because, we love our people. 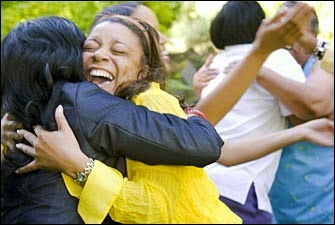 1. Actually - "Ibn Man ūr (d. 1311), author of the most authoritative classical Arabic lexicon, Lisān alarab, notes the opinion that the phrase aswad al-jilda, ‘Blackskinned,’ meant khāli al arab, “the pure Arabs,” “because the color of most of the Arabs is dark (al- udma). In other words, blackness of skin among the Arabs originally suggested purity."﻿