Thomas Jefferson and the Declaration of Independence 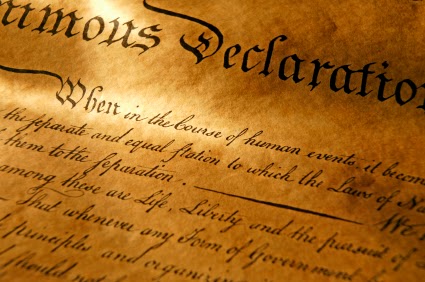 These words of the Declaration of Independence have been quoted for decades, like scripture.

But where did these words come from?

On May 27, 1776, Virginia circulated it's first proposal of 'The Virginia Declaration of Rights' for discussion. George Mason was asked to draft it. His first paragraph was as follows:

'THAT all men are born equally free and independent, and have certain inherent natural rights, of which they cannot, by any compact, deprive or divest their posterity; among which are, the enjoyment of life and liberty, with the means of acquiring and possessing property, and pursuing and obtaining happiness and safety.'

This statement was based on the colonial claims that Britain was out to enslave them in violation of natural law. This was a statement of natural law in it's purest form.

Upon reviewing the draft, Virginia slave holders were outraged. The paragraph clearly denied the basic principal of slavery in America, that children born of slave women belonged to their masters. And they would have none of it. The word 'born' was removed and the phrase 'when they entered a state of society' was added, (which exluded slaves who had not 'entered society').

As a Virginian, Thomas Jefferson closely followed the events that transpired at the Virginia Convention while he prepared his draft of the Declaration of Independence for all the colonies in June, 1776.  So he knew as a slave holder he could not include the phrase all men are 'born free and equal.'
But if he struck that whole phrase from the Declaration, the British would accuse the colonies of declaring independence so they could enslave black people. Also, the phrase ensuring the right to obtain and possess property would confirm the accusation, since slave holders perceived slaves as their property. Jefferson concluded that the problem with the Vriginia declaration was the precise nature of its language.

He decided to use language that was cleverly ambiguous. For his draft Jefferson changed 'born' to 'created', which did not specify the process of birth by a woman. What happened after creation was not discussed. He also removed any mention of property and inserted the 'phrase pursuit of happiness', which could mean anything. The result was the 'lofty, poetic' language our forefathers held so dear to their hearts. 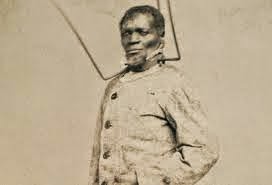 The phrase has since been considered a hallmark statement in democratic constitutions and similar human rights instruments, many of which have adopted the phrase or variants thereof.
All the while, historians have conveniently failed to make known that Jefferson cleverly crafted that first paragraph of the Declaration so that slave holders could maintain their slaves.
They have told us that Jefferson did hate slavery. But one can be against slavery and black people at the same time. These were practical men. They knew their nation wouldn't last long containing a large potentially rebellious population of Africans who had been so severely mistreated. That's why many were against continued slavery. 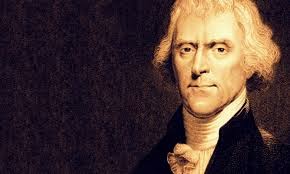 It never affected their racism or attitudes of white supremacy. Here are some other quotes from Jefferson historians "forget" to include in his narrative.

* When the black man is 'freed, he is to be removed beyond the reach of mixture.'

* "In memory they are equal to the whites; in reason much inferior, as I think one could scarcely be found capable of tracing and comprehending the investigations of Euclid; and that in imagination they are dull, tasteless, and anomalous."

* Black people are better at music, but: "Whether they will be equal to the composition of a more extensive run of melody, or of complicated harmony, is yet to be proved."
(That sounds like a joke.) 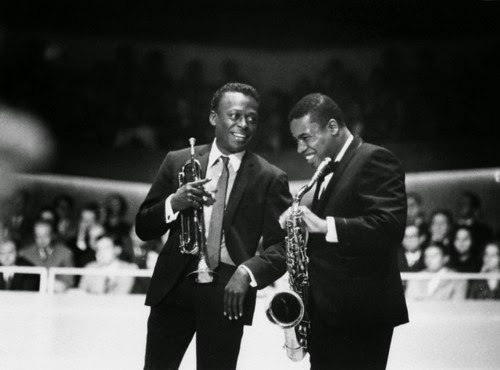 * Black people are brave, but: "this may perhaps proceed from a want of forethought, which prevents their seeing a danger till it be present." 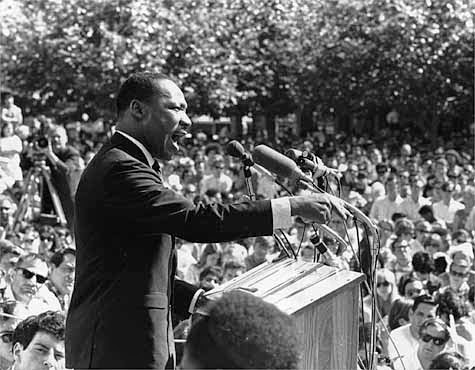 "I have a dream that one day this nation will rise up and live out the true meaning of its creed: 'We hold these truths to be self-evident: that all men are created equal."

How far can we expect to get trying hold people to words they never really believed in the first place?

Published by Alan Dixon at 8:42 PM