Was The Prophet Muhammad Black? 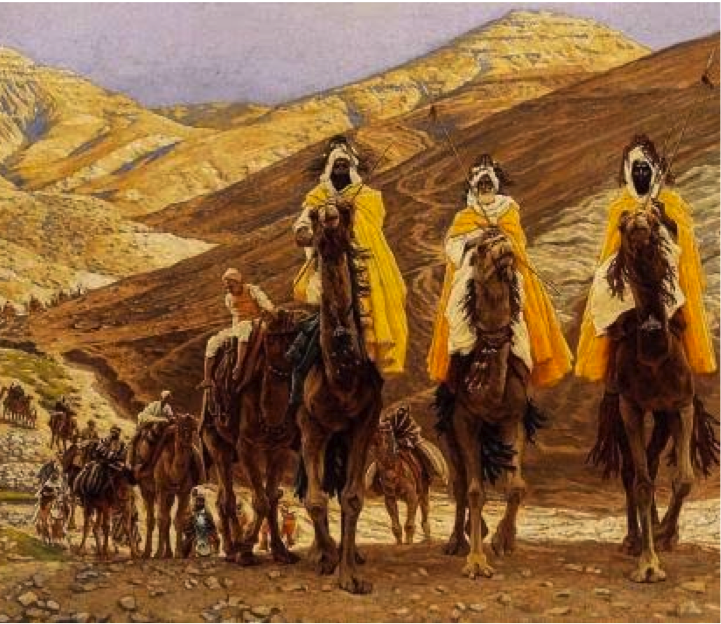 For Black History month this seems like a great place to start, considering the more accurate narrative of who Muhammad was and what happened to his family is steadily getting away from us.
But first let's deal with the nonsense, which, in this day and time, we must. Reflexively, people say, "why does it matter what color Muhammad was? Race or color doesn't matter. What matters most are the prayers, the wisdom and the spiritual connection with the divine in Islam and in Muhammad's teachings." That is absolutely true, those aspects are more important, but that does not mean other aspects do not matter at all. Because one matters it does not automatically mean the other doesn't. That's a logical fallacy.

As many say, race has no real biological significance, it is largely a social construct. But that construct matters. Because of that construct certain groups of people amass immense power, wealth and influence which they exert over others who are mistreated, exploited, impoverished and marginalized.

Nine times out of ten, the people who say race doesn't matter are the ones to whom it matters most.
It's the same as if two men walk into a room and find it full of stacks of cash and coins, and one man hits the other over the head, knocks him out and moves all the the coins and cash over to his side of the room. When the second man comes to he says, "hey let's divide the money up fairly", but the first man refuses. Then after several requests the first man replies, "it's always money with you! Money doesn't matter. That's all you ever talk about.  It doesn't matter. Come on, let's go watch the football game."

So let's get into it, plain and simple. The (vague) perception we have of Muahmmad is that he was a pale/white arab similar to the Saudi we currently see today. But below is what is rarely mentioned. If you choose to casually mention Muhammad was black, you can always refer to this article, feel free:

The original Arabs are the same as Africans. The Prophet Muhammad was a black man from the Quraysh tribe.


Robert F. Spencer remarked: “It is said that the Quraysh explained their short stature and dark skin by the fact that they always carefully adhered to endogamy.” (Endogamy is the practice of marrying within a specific ethnic group, class, or social group.) Robert F. Spencer, “The Arabian Matriarchate: An Old Controversy,” Southwestern Journal of Anthropology 8 (Winter, 1952) 488.

“The original inhabitants of Arabia…were not the familiar Arabs of our time but a very much darker people.  A proto-'negroid' belt of mankind stretched across the ancient world from Africa to Malaya.  This belt…(gave) rise to the Hamitic peoples of Africa, to the Dravidian peoples of India, and to an intermediate dark people inhabiting the Arabian peninsula.  In the course of time two big migrations of fair-skinned peoples came from the north."
Also, "Where the grammar of the Arabic, now spoken by the ‘pure’ Arabs, differs from that of the north, it approaches to or coincides with the Ethiopians.  The general habits  of the people,-given to sedentary rather than nomad occupations, fond of village life, of society, of dance and music; good cultivators of the soil, tolerable traders, moderate artisans, have much more in common with those of the inhabitants of the African than with those of the western Asiatic continent.

“To the Cushite race belongs the oldest and purest Arabian blood, and also that great and very ancient civilization whose ruins abound in almost every district of the country. ..The south Arabs represent a residue of hamitic populations which at one time occupied the whole of Arabia." John Baldwin, from 'Pre-historic Nations Or Inquiries Concerning Some of the Great Peoples and Civilizations of Antiquity.' Harpers (1869). 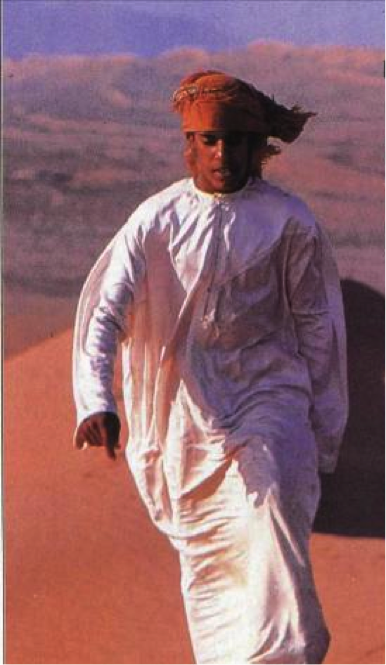 It should be understood that many of the names of Cushitic speaking tribes today in the horn of Africa – Somalia, Djibouti and Ethiopia/Eritrea – were also known in early Arabia. In Somalia such clans as the Yahar, Darood, the Mahra of Somalia and the Yemen, Makhar, Bin Sama’al or Somali(or Sam’al and El Sama of Yemen), Rahawein (ancient Rahawiyyin or Ru’ayn or Rahawi of Yemen) and smith clans such the Hubir (Heber), Yubir, Sabi, Tumal and Wubar (or Wabar) are mentioned in ancient times and through the early Islamic period as Himyarite and Sabaean tribes in South Arabian inscriptions. ~ "When Arabia Was Eastern Ethiopia", Dana Marniche.

"Abd al-Muttalib, "fathered ten Lords, Black as the night and magnificent. One of these men was Abdallah, the father of Muhammad." Al-Jahiz (b. 776 A.D.)

The prophet’s great, great grandmother was from the jet-black Banū Sulaym. Ḥāshim, the great grandfather, bore with Salmā bint ‘Amrū ’l-Khazrajī the prophet’s grandfather, ‘Abd al-Muṭṭalib. This means that his paternal great grandmother was from the black Medinese tribe Banū Khazraj.  Daniel Martin Varisco, “Metaphors and Sacred History: The Genealogy of Muhammad and the Arab ‘Tribe’,” Anthropological Quarterly 68 (1995): 139-156, esp. 148-150. 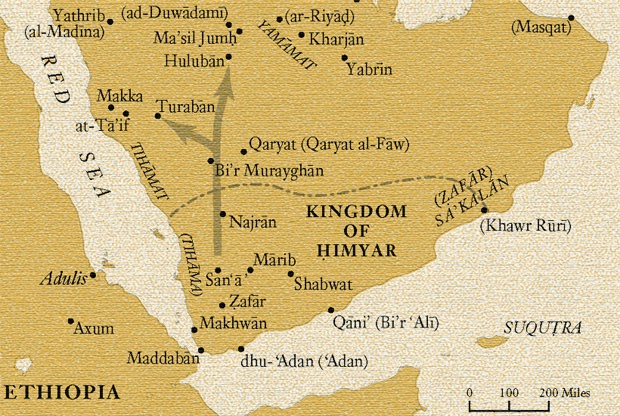 "The Black Arabs kept close to their African Ethiopian roots. Trade and cultural exchanges were routine and marriage was contracted and conducted with the easiest of facility between Africans and Yemenis since there were no caste feelings between them." ~
Ogu Eji Ofo Anu.

Al-Tirmidhī (d. 279/892) in his Jami’ al-Ṣāḥīḥ reports on the authority of the famous Companion of the Prophet, Anas b. Malik:

“The Messenger of Allah was of medium stature, neither tall nor short, [with] a beautiful, dark brown-complexioned body (ḥasan al-jism asmar al-lawn). His hair was neither curly nor completely straight and when he walked he leant forward.” (VI:69 no. 1754)

We have been told in codified hadith (narratives) that he was white, some of them are here: 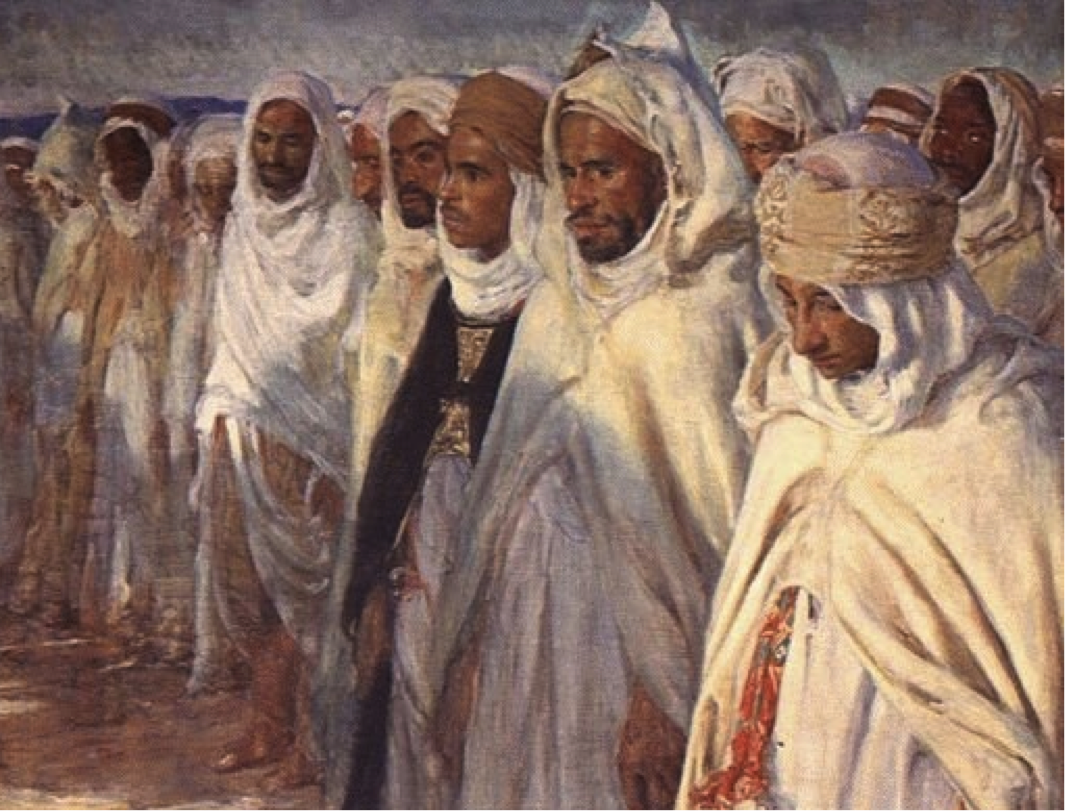 According to Sahih Bukhari Anas bin Malik (RA) reported that when a person inquired the companions about the Holy Prophet –peace and blessings of Allah be upon him- they pointed towards him saying;
هَذَا الرَّجُلُ الأَبْيَضُ المُتَّكِئُ
"This white man (rajul al-abyad) reclining on his arm."

Ibn Sa’d in his Tabaqat al-Kubra narrates from Abu Umamah that he described about the Messenger of Allah, peace and blessings be upon him, as:
رَجُلًا أَبْيَضَ تَعْلُوهُ حُمْرَةٌ
“A man of white complexion with red tinge in it (abyad ta’luhu humrah).”

However, in the context of human complexions, the term 'abyad' means ‘black’. In Classical Arabic there are several distinct ‘shades of blackness’ as noted by al-Tha‘labīb in his Fiqh al-lugha [82-82] Abyad/bayad﻿ is a particular shade or ‘type’ of blackness. According to the important Syrian hadith scholar and historian of Islam, Shāms al-Dīn al-Dhahabī in his Siyar a’lām al-nubalā’ [II:168]:

“When Arabs say, ‘so-and-so is white (abyad),’ they mean a golden brown complexion with a black appearance." 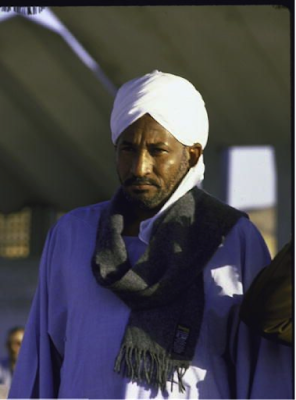 Ibn Man ūr (d. 1311), author of the most authoritative classical Arabic lexicon, Lisān alarab, notes the opinion that the phrase aswad al-jilda, ‘Blackskinned,’ idiomatically meant khāli al arab, “the pure Arabs,” “because the color of most of the Arabs is dark (al- udma).”In other words, darkness of skin among the Arabs suggested purity.
The Syrian scholar and historian al-Dhahabī (d. 1348) too reported that Abd Allah ibn Abbas, Prophet Muhammad’s first cousin, and his son, Alī ibn AbdAllah, were “very dark-skinned.”Al-Dhahabī, Siyar, V:253.

Al-Mubarrad (d. 898), the leading figure in the Basran grammatical tradition:

Ali’s son, Abu Jaffa , according to Bin Sad’s (d. 845), described Ali thusly: “He was a black-skinned man with big, heavy eyes, pot-bellied, bald, and kind of short.”
Abd Allah ibn Abbas was very black and tall. Those of Abu Talibs’s family, who are the most noble of men, are dark skinned, black and tall (sud).”

Ali was a heavyset, bald, hairy man of average height which leaned toward shortness. He had a large stomach and a large beard which filled all that was between his shoulders. His beard was white as if it was cotton and he was a black-skinned man.

There are certain names that we usually hear when the Sharifs or Sayyids - the family of the Prophet Muhammad (SAWS) are mentioned. We have all probably heard of Ali Zayn Al-Abadiyn the son of‫ ِAl-Husayn the son of Ali the son of Abu Talib. Though his mother was Persian, he is described as dark-skinned. Where did he get his dark complexion from?

He was described as dark-skinned, kinky-haired, and of average height. Muhamad Al-Baqir married Umm Farwa, the great granddaughter of Abu Bakr Al-Saddiq and they had Jaafar Al-Saadiq. Jaafar Al-Saadiq is another name frequently heard when speaking of the family of the Prophet Mohamed (SAWS). He was described as black-skinned, kinky-haired, and average height.

Among the Prophet Muhammad's direct descendants was Muhammad Ahmad Al-Mahdi (b. 1845).

He is considered the father of modern Sudan, having established an independent state- throwing off British rule in 1885. A movie was made of him, "Khartoum" (1966), starring Charlton Heston as his British rival, Charles Gordon.

Above is an example of how if we are not careful perceptions of certain historical figures can gradually be co-opted and changed. Muhammad Ahmad was portrayed as a pale arab by the English actor Laurence Olivier.

However, Muhammad Ahmad was Sudanese, a black man, clearly.


Finally, we have to keep in mind that Mecca during the time of Muhammad was part of the Empire and cultural sphere of the Ethiopian kingdom of Aksum. 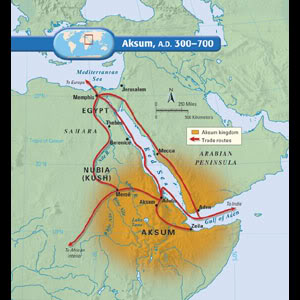 "And certainly we did create man out of clay, from black mud fashioned into shape."
~ Qur'an 15:26
Published by Alan Dixon at 9:00 PM

Pleasant article.Think so new type of elements have incorporated into your article. Sitting tight for your next article 먹튀검증

This is my first time visit here. From the tons of comments on your articles,I guess I am not only one having all the enjoyment right here! 메이저사이트

it was a wonderful chance to visit this kind of site and I am happy to know. thank you so much for giving us a chance to have this opportunity 먹튀검증

https://twitter.com/totobobbi Very likely I’m going to bookmark your blog . You absolutely have wonderful stories. Cheers for sharing with us your blog. 토토사이트