The Sons and Daughters of Amun 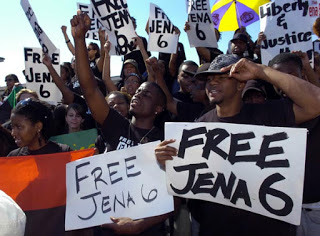 An objective observer could look at Black America and note that we only get together or rally around racism. The more blatant the racist event the more crowded the meeting places, the streets and the more intense the cries for unity and organization. Without the racism or when it subsides (or appears to subside) we drift back into normalcy and the status quo. This cycle has been going on since the mid 70's, from the 'Boston busing crisis' to the murder of Yusuf Hawkins, to Rodney King, to the Jena 6 incident, to Ferguson. Racism motivates us, incites us, increases black awareness, organizes us and gives us some sense of  collective identity. It's almost as though we are children of racism.
But racism is not a good parent.
After it pops up, it invariably leaves us unfulfilled, frustrated and disillusioned without transforming us into what we want to be and placing us where we want to be...because only we can do that.

And in truth, we are simply not the sons and daughters of racism.
Our sense of identity and civilization was forged tens of centuries before racism became the favorite tool of the current system of Western European domination.
We are Sons and Daughters of Amun.

Historically and scientifically we come from Amun. 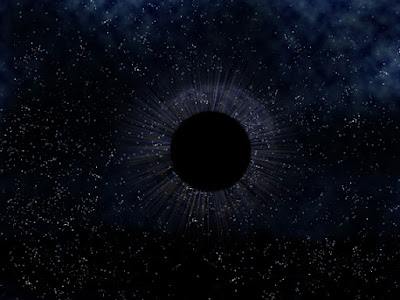 Amun as a concept goes at least back to the 5th Dynasty  (2495 BC).
"The Hidden One," Amen is "King of the Netjeru," a major name of the Neter in Waset (Thebes), Upper Kemet.
In reality it goes back to the source; that hidden blackness, the unknowable, unfathomable, intelligent energy first manifested in our universe as gamma rays...as light.
Whatever we are now, whatever we consider ourselves let us remember we all come from this same source; the hidden essence made manifest through light, energy and the and elements it formed.
In ancient Kemet and Nubia, the concept of Amun was the hidden consciousness behind all reality and the burst of light and manifested energy were represented by Ra. This is the true meaning of 'Amun-Ra.'


If we think about it,  the understanding of Amun can be the fundamental source of our unity. We can use this as a foundation from which to build. Whether we call ourselves Baptist, Muslim, Christian, Buddhist, Democrat, Republican, Hebrew Israelite or Greek, before any of these divisions, we came from the essence (Amun). And even historically African civilization began in  Nubia, the region that produced Amun. This was over a thousand years before the Bible arose. Many, if not most, historians today believe that the worship of Amun had started in Sudan long before Egypt.1 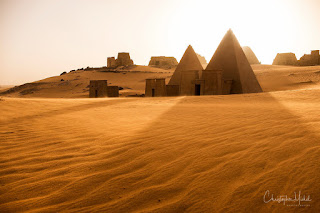 Nubians never saw themselves as "foreigners" in Egypt (Kemet). In their minds, Egypt and Kush were northern and southern halves of an ancient original domain of Amun. These two lands, in their view, had been united in mythical times; subsequently they grew apart, to be united again in historical times only by the greatest pharaohs. As Sons of Amun, the Kushite kings saw themselves as heirs of those pharaohs, believing they were the Neter’s (God's) representatives - from his southern sphere - chosen to unite and protect his ancient empire and to restore Ma'at - "truth, order, and justice" - throughout the land.

In fact, historian Herman Bell has said he strongly believes the ancient Egyptian ruler Akhenaton had adopted the idea of one God (monotheism) upon contact with Nubians and Nubian culture.

Bell, who recently visited the Selaim village north of Dongola, some 600km north of Khartoum, the Sudanese capital, argued that king Akhenaton who called for monotheism in 1350 B.C had followed the Nubians in this belief. Bell suggested that the Nile Valley civilization had started in Nubia and then moved northwards.

Likewise, this same general region is where the most ancient people originated and later spread to west and south Africa. This is one thing upon which we can all agree, we are sons and daughters of Amun.
And we are chosen to unite and protect his ancient reality and  restore Ma'at - "truth, order, and justice" - throughout the land.
It's a great place to start.
1For example see: P. F. Service, The Ancient African Kingdom of Kush (Cultures of the Past) (New York: Benchmark Books, 1998) 35.

Published by Alan Dixon at 2:24 PM