There is a difference between 'independence' and 'freedom'.
Freedom is a tremendously vague word unless it is made clear what you are seeking freedom from, or alternatively, what you a seeking to do, (which rarely occurs when discussing Black people and Freedom.)
Independence is the ability to stand on one's own. While it has varying degrees, it is the opposite of dependence. It is self-determination, self governance and autonomy. We've heard of Harriet Tubman, but we've never heard of Benjamin Pap Singleton. Maybe this is why; Benjamin Singleton sought 'independence' for black people. 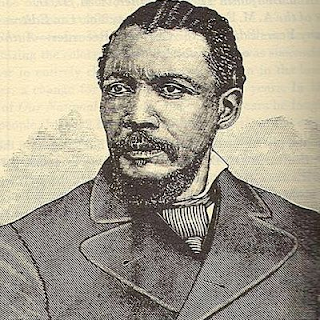 Benjamin "Pap" Singleton (1809–1900) was an American activist and businessman best known for his role in establishing African American settlements in Kansas.
In 1846 Singleton managed to escape from slavery to freedom. Singleton made his way north along the Underground Railroad to Windsor, Ontario, and remained there a year before relocating to Detroit, Michigan. In Detroit he lived collecting discarded items and used what resources he could to help other escaped slaves find their way to freedom in Canada. Singleton remained in Detroit until after the Civil War had been underway. During this time, he worked as a carpenter. 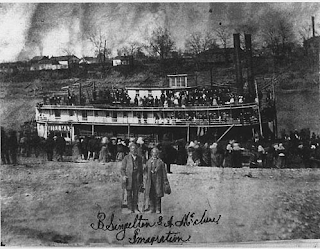 After the Union Army occupied Middle Tennessee in 1862, Singleton returned and took up residence in Nashville, Tennessee, and worked as a cabinetmaker and coffin maker.[1] The experiences of freedmen subject to racial violence and political problems led Singleton to conclude that blacks would have no chance for equality in the South. Disgusted by political leaders who failed to deliver on promises of equality for freedmen, in 1869 Singleton joined forces with Columbus M. Johnson, a black minister in Sumner County, and began looking for ways to establish black economic independence. They began by organizing an effort to buy up farmland for black people in the Nashville area. They founded the Edgefield Real Estate Association. However,  this plan ran into obstacles  because white landowners, who were willing to bargain, refused to sell at fair prices.

Convinced that freedmen must leave the South to achieve true economic independence, in 1875 Singleton began to explore the idea of planting black communities in the American West. His real estate organization was renamed the Edgefield Real Estate and Homestead Association. In 1876 Singleton and Johnson traveled to Kansas to scout land in Cherokee County in the southeastern corner of the state. Heartened by what he saw, Singleton returned to Nashville and began recruiting settlers for a proposed settlement community for black people. 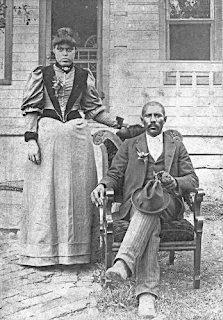 Upon their return to Nashville, Singleton and Johnson created leaflets and handouts proclaiming the quality of life in Kansas and the purported benefits of predominately living with members of one’s own race. Singleton used the Edgefield Real Estate Association to drum up interest in migration to Kansas, holding revival-style information and promotion meetings for his agricultural colonies on July 31 and August 1, 1877 in Nashville. Singleton then led his first company of colonists to Baxter Springs in Cherokee County, Kansas, in 1877, and the following year conveyed an even larger group from Nashville to Dunlop County, Kansas. It should be noted, however, that Singleton’s new communities were not the first post-Reconstruction African American settlements in Kansas. Migrants from Kentucky settled Nicodemus, Kansas, just a few months before families arrived in Baxter Springs. 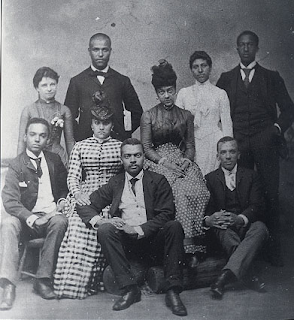 Unlike Singleton’s carefully planned and executed migrations, the Exodusters were a more spontaneous migratory movement of former slaves seeking both a better life and an escape from the resurgent anti-black terror in the former Confederacy.  Singleton had mixed feelings about the Exodusters. He undoubtedly felt sympathy for their poverty and empathy for their desire to leave the South, but they posed a threat to his communities’ success.  Singleton envisioned his communities as places of racial solidarity, strength and peace, but even so, the farm colonies operated on thin margins and would not be able to accommodate large numbers of additional, unplanned immigrants.

In 1880 Singleton was requested to appear before the United States Senate in Washington, D.C., to testify on the causes of the Great Exodus to Kansas. Singleton rebuffed the efforts of southern Senators to discredit the Exodus Movement. He testified to his own success in setting up independent black colonies and noted the terrible conditions which caused freedmen to leave the South. An excerpt of his testimony before the Senate Select Committee Investigating the "Negro Exodus from the Southern States" can be found here: https://dp.la/primary-source-sets/exodusters-african-american-migration-to-the-great-plains/sources/1673 and, https://www.pbs.org/weta/thewest/resources/archives/seven/w67singl.htm

Q. When did you change your home from Tennessee to Kansas?
A. I have been going there for the last six or seven years, sir.
Q. Going between Tennessee and Kansas, at different times?
A. Yes, sir; several times.
Q. Well, tell us about it?
A. I have been fetching out people; I believe I fetched out 7,432 people.
Q. You have brought out 7,432 people from the South to Kansas?
A. Yes, sir; brought and sent.
Q. That is, they came out to Kansas under your influence?
A. Yes, sir; I was the cause of it.
Q. How long have you been doing that -- ever since 1869?
A. Yes, sir; ever since 1869.
~

Q. Tell us how these people are getting on in Kansas?
A. I am glad to tell you, sir….These men would tell all their grievances to me in Tennessee -- the sorrows of their heart. You know I was an undertaker there in Nashville, and worked in the shop. Well, actually, I would have to go and bury their fathers and mothers. You see we have the same heart and feelings as any other race and nation. (The land is free, and it is nobody's business, if there is land enough, where the people go. I put that in my people's heads...) With his communities established, Singleton moved into Topeka, Kansas,. In 1881, Benjamin Singleton was 72 years old, and most people referred to him affectionately as "old Pap." He was still a formidable figure and used his reputation to bring together blacks into an organization called the Colored United Links (CUL).  The goal of the CUL was to combine the financial resources of all black people to build black-owned businesses, factories, and trade schools. The CUL formed in 1881 and held several conventions. The organization was successful enough locally that Republican Party officials in Kansas became interested in its potential political strength. After 1881, CUL membership faltered, however, and the organization soon fell apart. After the CUL, Singleton became convinced that blacks would never be allowed to succeed in the United States. Singleton first promoted Joseph Ware’s plan to send African Americans to the Mediterranean island of Cyprus. When that plan stalled, Singleton set up his own Trans-Atlantic Society, founded the United Transatlantic Society (UTS) with the goal of having black people relocate from the United States to Africa. The UTS lasted until 1887. In poor health, Singleton retired from his life of activism. He raised his voice one final time in 1889 to call for a portion of the newly opening Oklahoma Territory to be reserved as an all-black state.
Benjamin “Pap” Singleton lived out his final days in Kansas City, enjoying a lingering reputation as the “Father of the Black Exodus.”

Q. You take all that responsibility on yourself?
A. I do, and I can prove it; and I think I have done a good deal of good, and I feel relieved!
Q. You are proud of your work?
A. Yes, sir; I am! (Uttered emphatically.)

All good. I am a newcomer, so I jerked until the money was withdrawn. I waited 2 days on Yandex. Thanks to the admins and support service for listening to my whining on the forum and in the chat. Play people! Do not be greedy. All the rules with this casino! perfect free slot machines I often spend my time here

What a fascinating man, life and story. Ben Singleton's journey is worthy of cinematographic consideration.