Ancient Kemet and the Afterlife 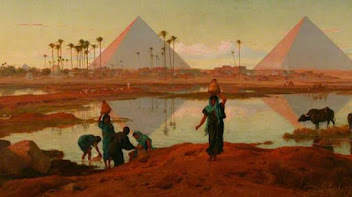 Consequently, life and death were not a dichotomous pair. We today tend to think of someone as being either alive or dead, with no middle ground, which is an outgrowth of our view of life and death as more or less exclusively biological states of being. For the ancient Egyptians, however, there were varying degrees of aliveness and deadness. When one’s body died, some amount of connectivity with one’s society in the physical world, and therefore some amount of life, was lost. But the same effect could be created by simply withdrawing from other people.

One’s status as a ‘living’ being or a ‘dead’ being - depended on two things more than any others; first, the quantity of connections one maintained with other people, and second, the quality of those connections – that is, how highly regarded one was by one’s family, friends, community, and society as a whole. 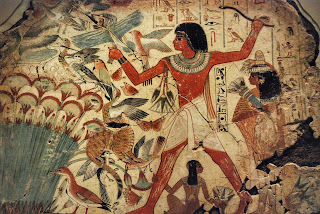 For those who had already undergone physical death, their continued status as living beings depended on how many people remembered them, and how fondly they were remembered.

EIGHT ASPECTS OF THE SELF

To the Ancient Egyptians, their soul, their being, was made up of many different parts. Not only was there the physical form, but there were eight immortal or semi-divine parts that survived death, with the body making nine parts of a human. The Khu or Akhu

The Khu is referred to as the ‘being of light’ or luminous being. The Khu illuminates the personality and this, the personality cannot function. It is the light of consciousness itself.

The shining one, divine consciousness with the all and beyond. Multitask in all nine dimensions. “Akh to heaven, khat to earth.” 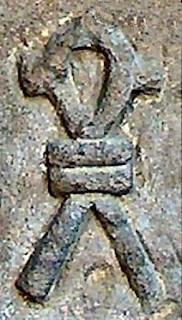 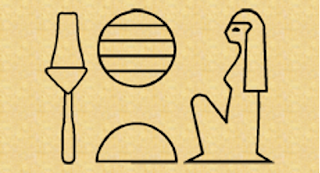 The life forces, Sekhem and find our way home, through the energies as ether on into the boundless universe as cell life forms beings. Sekhem – Chi, energy from the root seat.

Will power, life forces. When tapped into and unleashed it dissolves all obstacles in its way. The power of determination. The higher self; free as a bird.  A soul connection between the individual soul and the universal (divine) soul. The unlimited aspect of self. 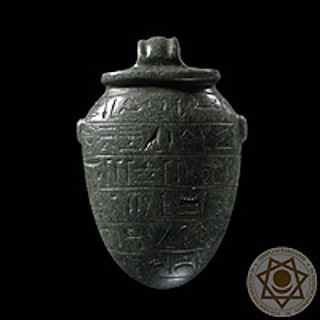 Heart conscience, intelligence, desires. The seat of the still, small voice. Ma’at weighs within. Let us embrace what we are. Gives direction.

Vibration/sound. Need a name to be addressed to and related to. Vibrational connection to the web of life.

Attunement to the natural forces and fields within us and around us through each awakening, moment. Time does not move; time is now. 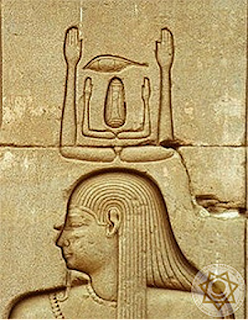 Spiritual double. Ka= embrace. Charisma, personal power. When you die you go to one’s Ka (earthly memories).  Holographic connection to the soul. Actually the physical personality is a projection of the astral body. Character. It’s the first form of the soul most readily available to us. First step to energy field and multiple dimensional self, resonances, family. 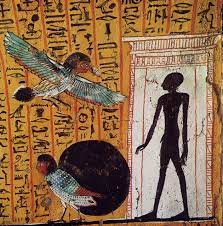 The shadow of a man, it could partake of funerary offerings and was able to detach itself from the body and travel at will, though it always was thought to stay near the Ba. 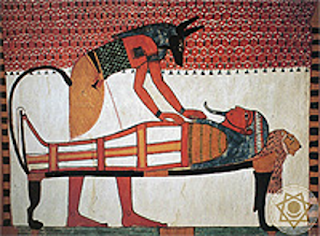 The physical form, the body that could decay after death, the mortal, outward part of the human that could only be preserved by mummification.